Guitarists are always looking for ways to get fresh tones. Amplifiers and effect pedals do a great job of shaping your sound once it leaves your guitar, but there are also many simple modifications that you can make right in the body of your guitar, unlocking a world of new tones. Understanding push-pull potentiometers is a good skill to have when you want to know how to add extras to your guitar without making any permanent changes.

What is a Push-Pull Potentiometer? 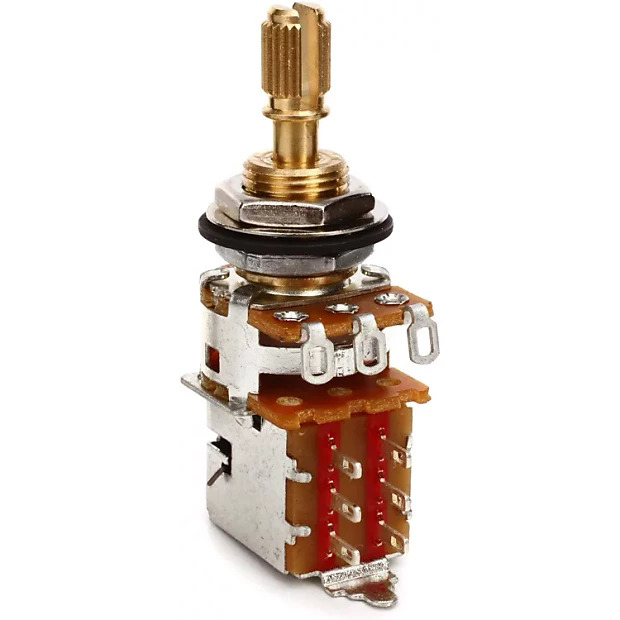 A push-pull pot is an electrical component used in electric guitars and basses. It’s a standard potentiometer with an added, built-in switch. The switch is activated by pulling it out of, or pushing it back into, the rotary shaft of the pot.

Push-pull potentiometers offer you a way to add a switch to your guitar without making any permanent changes. If you get tired of the mod, you can always go back to your original ones.

Made famous back in the ’60s, push-pull pots were used by Led Zeppelin’s Jimmy Page, when he used them to create new pickup configurations. Since then, they have also been used to split humbuckers, change pickup phase, switch between series and parallel wiring schemes, add a kill switch, function as a tone control bypass switch, and lots more. They have even been used to toggle on and off an onboard tuner. So, I think you’ll agree, that understanding push-pull potentiometers can truly add to your musical skillset!

You can purchase push-pull pots in almost any resistance value, so if you use a 250k pot as your tone control, you can replace it with a 250k push-pull pot.

Regardless of the value of the pot, there are two main types of switches: single pole single throw (SPST), and double pole double throw (DPDT). 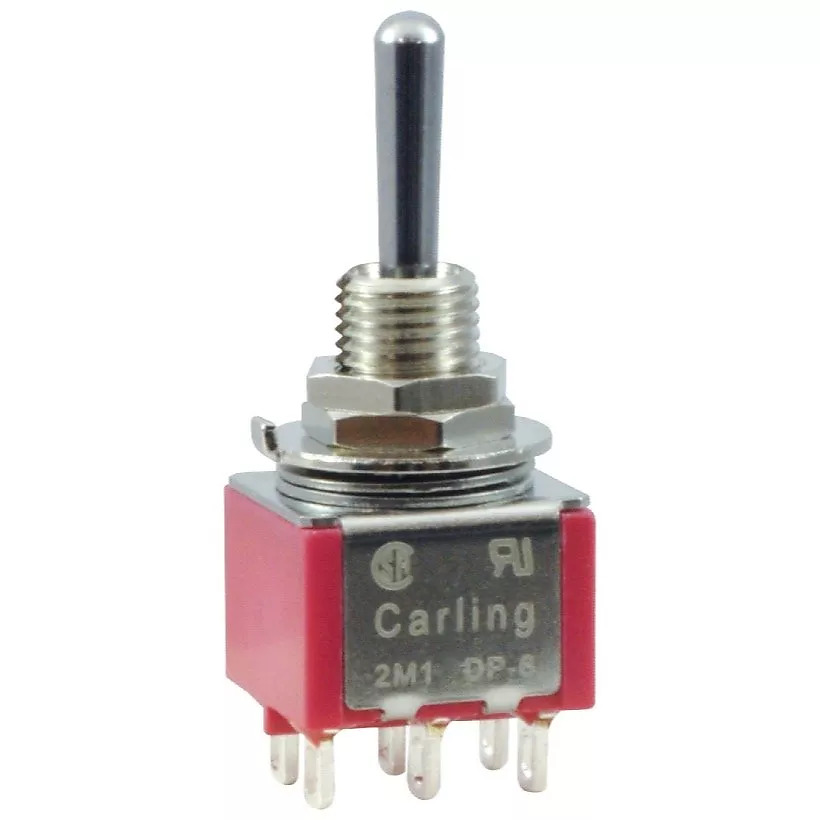 You might also like this HumbuckerSoup article: Mini Toggle Switch (DPDT) – Use This to Coil-Split a Humbucker Pickup

This type of switch is suitable for mods such as splitting a pickup or doing a coil tap.

The primary downfall of the push-pull pot is that the switching mechanism is attached to the bottom of the potentiometer, and it can be quite bulky, requiring more space to install it into your guitar. The SPST switch will be smaller than the DPDT.

Here is a look at a standard volume or tone control pot (Fig 1). 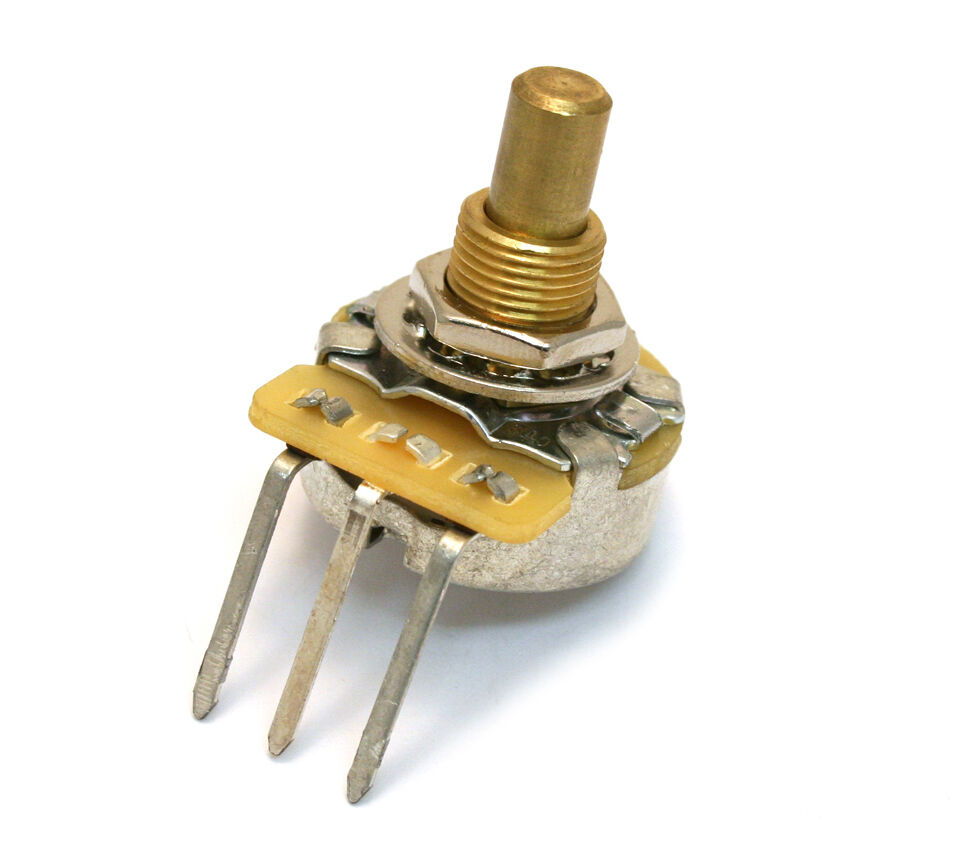 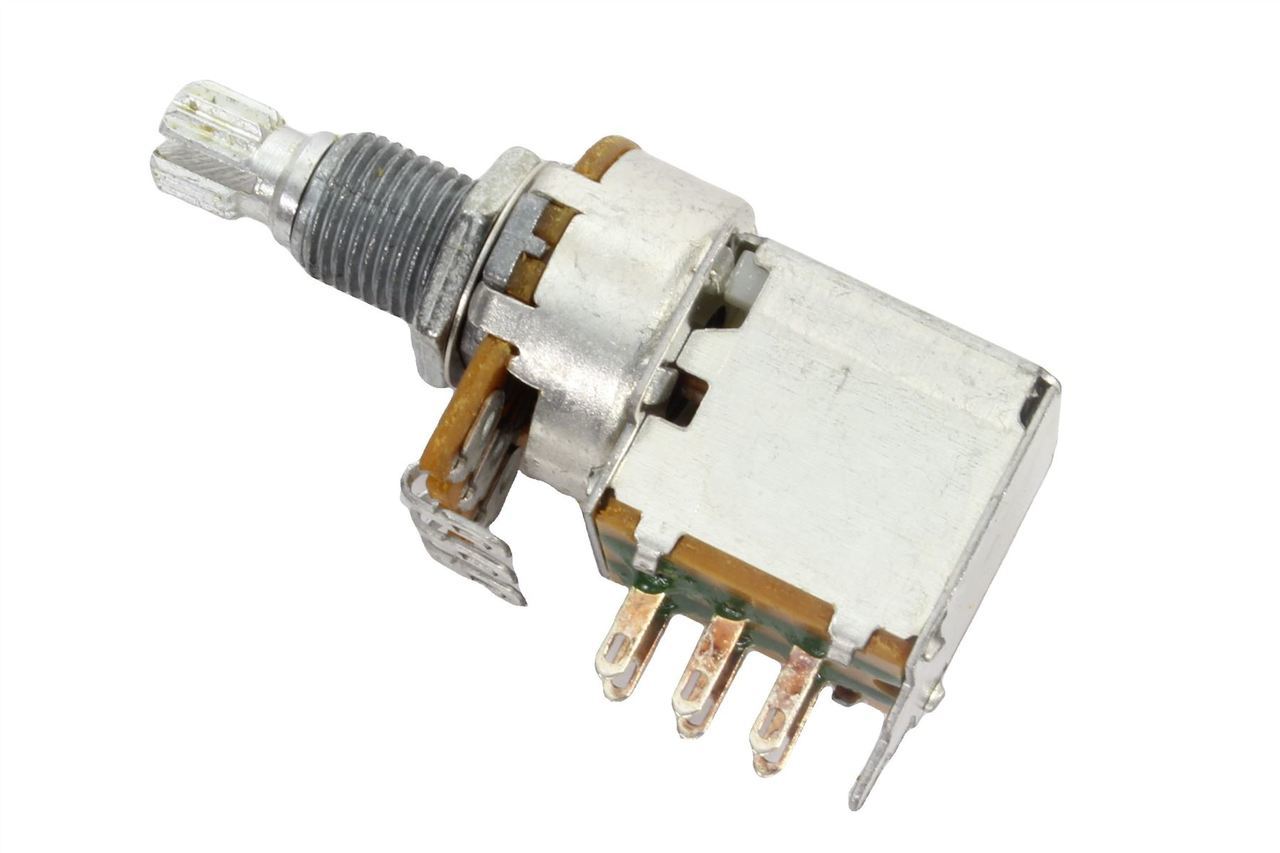 You might want to consider using the push-pull pot in your next project, and open a world of hidden possibilities that are entirely reversible. In fact, there are several projects that use the push-pull pot right here at Humbucker Soup, so have a look around.