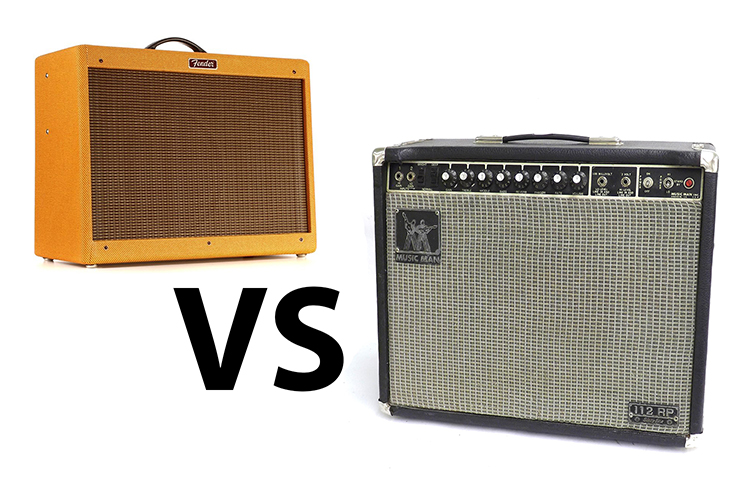 Clearing up questions that you may have about different types of tube amps.

Class A vs Class B Amplifiers

This time we’re going to discuss Class A vs Class B amplifiers and how they differ. We’ll help you understand the difference between them so you can choose the best type for each situation you come across.

We’ll start with a broader discussion of tube amps and the differences between their classes. But, while there are quite a few different classes, there are only a few that are traditionally used with guitars.

We’ll also mention that amplification can get pretty scientific, with a lot of mathematics and graphs. We’re going to try to keep it pretty simple, though and discuss the parts that are most important to us guitar players so we can make an educated guess on what kind of amp will best suit our needs.

Class A vs Class B

Let’s take a look at the different classes.

Lee De Forest invented the first amplifier in 1906 when he created the triode tube. He connected the tube to a speaker, and the first guitar amplifiers became available around 1912. Amps have steadily grown in popularity and complexity since.

At first, all amplifiers were Class A. Class A means that one tube amplifies the complete signal. Additional tubes increase power output. If you take a look at Figure 1, you’ll see a plain sine wave.

A Class A amplifier will amplify the entire sine wave seen in Figure 1. Your guitar will produce a wave that is considerably more complex than this one, but the idea is the same.

Examples of a Class A Amplifier

It wasn’t long before the need to solve some of the problems inherent in Class A required a slight redesign of the amplifier circuit, which is when the Class B amplifier was born.

A Class B amplifier uses a pair of tubes to amplify the signal, but unlike class A amplifiers, each tube only amplifies half the signal.

Take another look at Figure 1.

In Class B operation, the first tube will amplify any part of the signal that is above the blue line, while the second tube amplifies any part that falls below it. When two tubes work as a team this way, it is called operating in a push-pull configuration.

Despite the significant advantages of the Class B amplifier, there is one notable downside to it. It takes a small amount of voltage for the tube to turn on and begin amplifying a signal. If we take a look at Figure 1 one more time, you’ll note that the blue line in the image represents zero volts.

The lines in the image are an exaggeration, but the idea is to show that any lost signal will result in an unwanted and uncontrollable distortion and coloring of your sound.

Examples of a Class B Amplifier

As a result of the Class B disadvantages, the Class AB was developed as a compromise between the two classes. The circuit is very similar to a Class B amplifier with two tubes acting as a push-pull team, but this time the tubes stay on a little longer, so there is no gap in amplification. Take a look at Figure 3.

Our wave begins by going up. It still needs to reach the green line before the tube turns on, but this time it will stay on after it reaches the zero until it hits the red line. Since the red line is past the green line, the second tube will have come online and can take over while the first tube shuts off with no interruption in amplification.

Examples of a Class B Amplifier

So, in examining Class A vs Class B Amplifiers, we know that first, Class A vs Class B turns into Class A vs Class AB. And even though there are some fine amps made using a Class B design, they are farther between than the other types. There are plenty of great uses for Class A amplifiers. Most DIY tube kits are Class A and sound great. They are perfect for practice and recording. Class B is what you need when you want to get loud for live performance as well as recording.

So, we hope that we’ve helped clear up any questions you might have about the different types of tube amps (we’ll have to tell you about the other types at another time). If you’ve learned something about Class A vs Class B amplifiers, please share this article on Facebook and Twitter. And be sure to visit us at humbuckersoup.com and take a look at our other articles on guitar electronics.