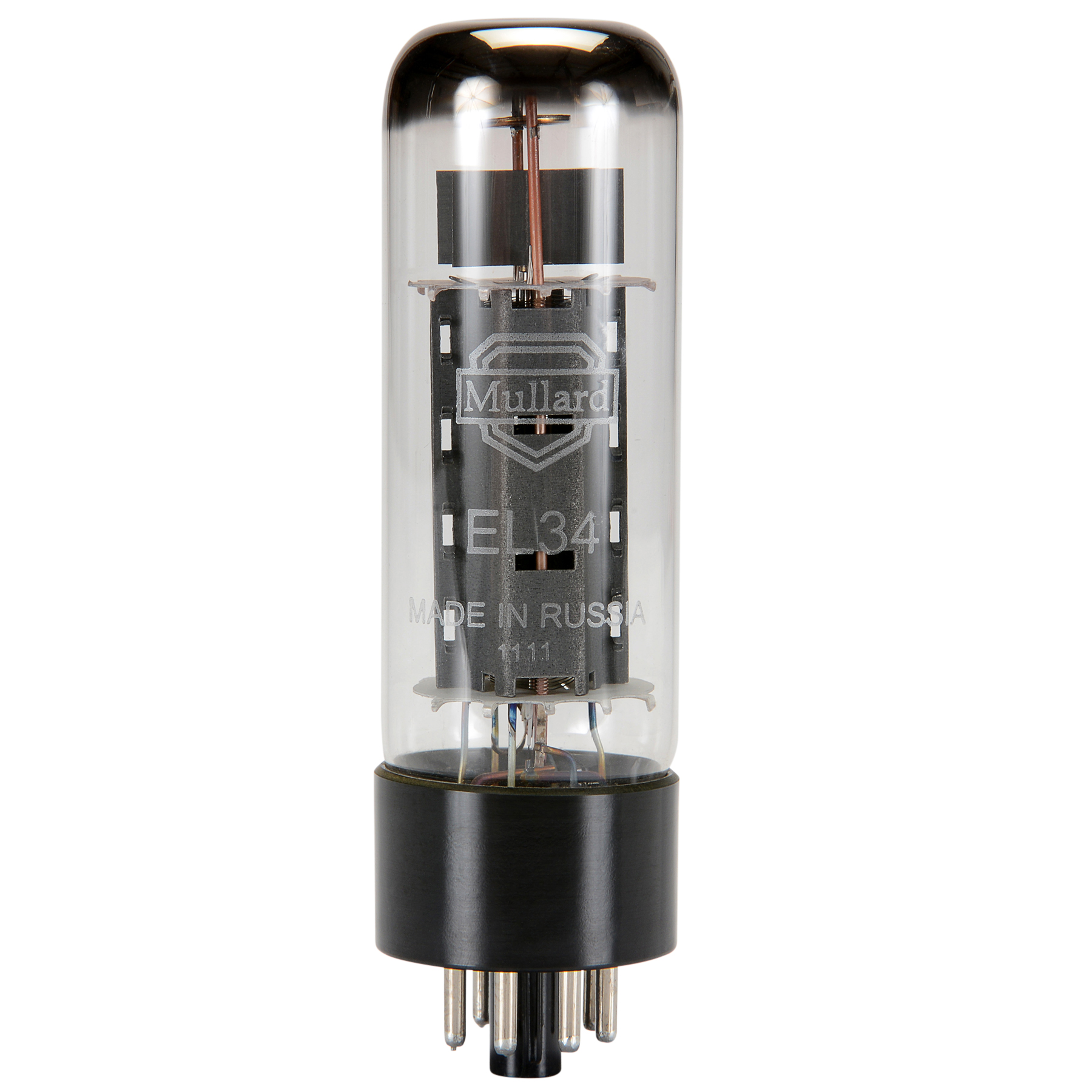 EL34 vs 6CA7: Spoiler alert: there’s not much difference and they are, indeed, completely interchangeable.

EL34 vs 6CA7: two power tubes that can cause a lot of confusion when purchasing replacements, because they’re very similar and are, in fact, replacements for one another. They do, however have different internal designs, and they’ve changed slightly over the years.

The EL34 Fig 1) tube came first, and it was designed in the 1950s by the European company Mullard. Two EL34 vacuum tubes are capable of producing 90 watts of power under ideal circumstances. As a result, high-gain output made them very popular for use in guitar amplifiers, and they remain so today. 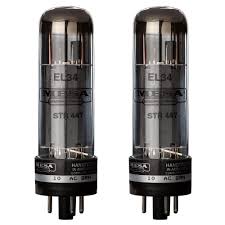 EL34s are said to have a “British Sound,” and this can be heard by listening to British amps such as Marshall, Hiwatt, Orange, Vox, etc. You can also try listening to well-known players such as Jimi Hendrix, Eddie Van Halen, and Jeff Beck.

Once the EL34 became popular in England, the American company Sylvania quickly released the 6CA7 vacuum tube (Fig 2). The 6CA7 is meant to be a replacement for the EL34, but it is an original design that imparts its influence on the resulting tone of the amplifier and is similar in sound to the 6L6 vacuum tube.

Amplifiers that use the 6CA7 tube are said to have an “American Sound.” This can be heard by listening to American amps such as Fender, or players such as Eric Clapton, David Gilmour, and Jack White, who use these amps.

With the introduction of the transistor, the popularity of tubes began to wane, and many companies decided to combine the EL34 and the 6CA7 into a single design. From that point on, it has been possible to purchase an EL34/6CA7 tube.

Despite its years of success, the transistor has not been able to compete with the sound of tubes. So, vacuum tubes have remained in demand and many companies have gone back to building the original EL34 and 6CA7 vacuum tube designs.

You can choose a vintage or modern EL34, vintage or modern 6CA7, or EL34/6CA7 to replace any of those tubes in your amps and they will work fine. There are also other designs, such as the KT77 vacuum tube, that are “drop-in” replacements. These other tubes are usually modified versions of the EL34 or the 6CA7.

So, knowing that these tubes can replace each other without harming your amplifier, you’ll find a world of new tonal possibilities to explore. It will also help you keep your amp running if you can’t find the specific tube your amp requires.

How long do el34 tubes last?

An el34 vacuum tube is a power tube which generally deals with a lot of power and current. Handling this high current will cause it to wear out much faster than the lower powered preamp tubes, but you still get quite a bit of life from a power tube. The EL34, along with other power tubes such as the 6CA7, 6L6, and 6V6, are generally expected to last around 1,000 hours of regular use. Of course, sometimes vacuum tubes will go bad prematurely, and they are relatively fragile.

Do power tubes need to be matched?

Yes, you will need to match your tubes. This is also known as setting the bias, which refers to setting the amount of current that runs through their base plates when the amplifier is idling. Too much current will shorten its lifespan while too little will cause unwanted distortion. Bias setting is necessary because of the design of the tubes and the fact that each is slightly different.

Do you have to bias preamp tubes?

No, you do not have to bias preamp tubes. They handle much less current than power tubes, so the minor differences between each vacuum tube is much less pronounced. Set by using a hardwired resistor, preamp tubes are “self-biasing,” or cathode-biased and do not need to be adjusted.

What is the difference between el34 and el84?

The EL84 vacuum tube is a modified version of the EL34 vacuum tube. It has been specifically designed to beak up quicker at lower volumes and produce more distortion. The EL84 vacuum tube often powers smaller practice amps and effect pedals, and it is notably popular among metal players. The downside of this tube is that it runs very hot. Because of this, its life expectancy is barely half that of standard power tubes, and it lasts only about 500 hrs.