If you ever plan to replace your capacitor, you will quickly find that there are many different kinds available and just as many opinions on which one is best. Here, we’ll take a look at ceramic disc and mylar capacitors and the differences between them.

If you like to work on your guitar and do repairs and modifications, you’re probably familiar with the capacitor that’s attached to your Tone Control potentiometer. This little component is the filter that removes the high-end frequencies from your tone as you turn down your Tone Control.

The value of the capacitor determines the frequency that gets cut, and the higher the value, the lower the frequency. A higher value capacitor, rather than a lower one, leads to a darker and muddier tone. The two most common values of capacitors used in guitars are 0.047uf and 0.022uf. Many people believe that these values are too high and should be lower.

There are many kinds of capacitors, but only two types commonly make their way into our Tone Control circuit.

This type of capacitor is very inexpensive to build, and most look very much like Figure 1. 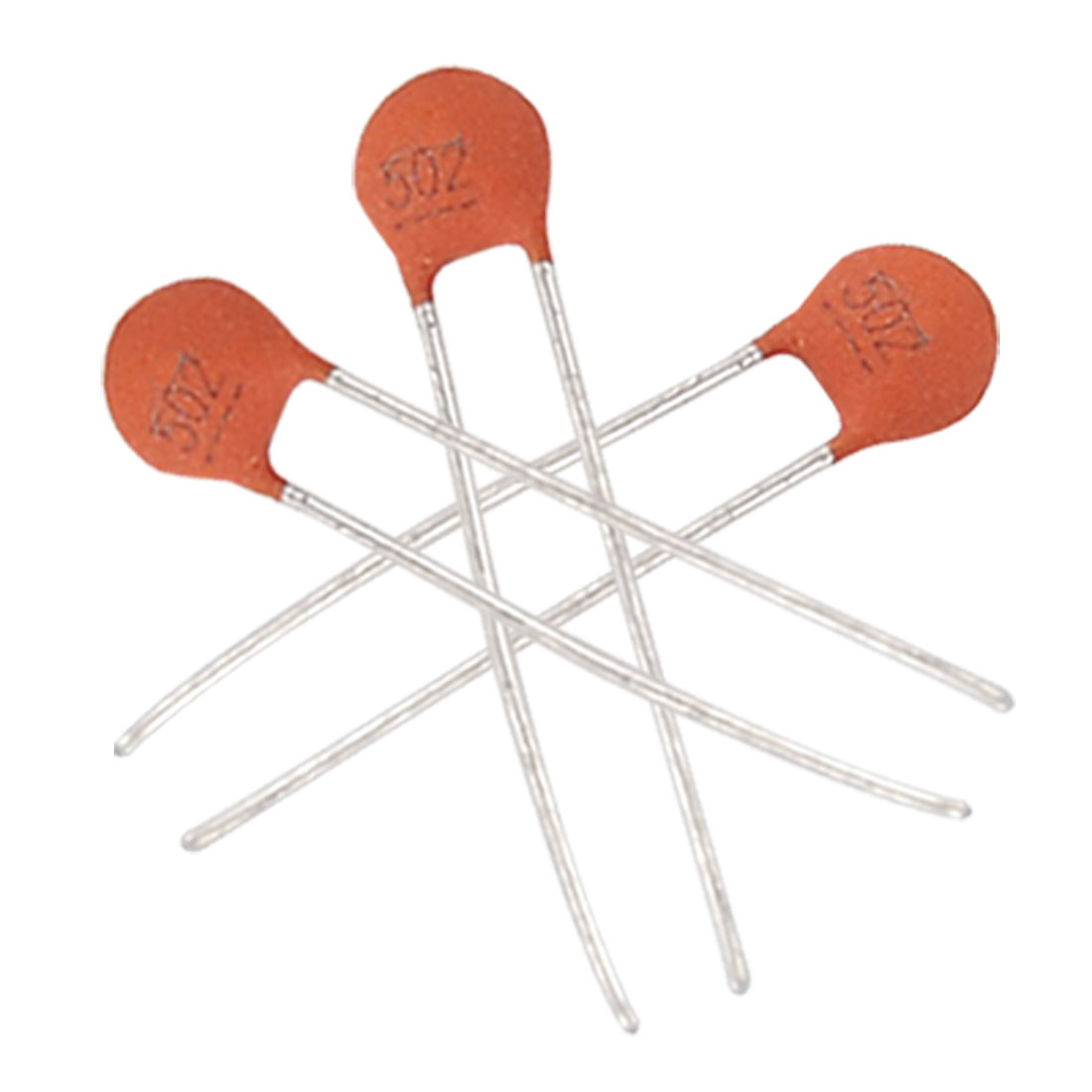 There are a few types of plastic film capacitors, including Mylar, Polycarbonate, Polyester, and Polystyrene. Each of these has unique properties but are still pretty much the same.

Of the four types mentioned, Mylar capacitors are used the most often. They became famous many years ago when large orange capacitors called Orange Gumdrops where used.

This type of capacitor looks very similar to the one in Figure 2. 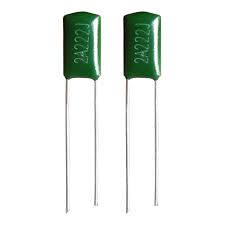 You can use any capacitor that you want, provided that you can find it in the proper value. All capacitors will perform the same. Many types of capacitors are polarized and installed in a specific way or direction. Installing a polarized capacitor backward can damage the component.

Which type of capacitor to use in your Tone Control circuit is one of those long-standing arguments among guitar players that’s not likely to end any time soon, despite any scientific data or common sense that should clear everything up.

Your guitar’s passive pickups put out a small voltage. Most of the time, you only generate around a quarter-volt when playing. Even overwound pickups played hard struggle to surpass one volt. Therefore, you only need a capacitor that is capable of handling one volt.

Different types of capacitors have different tolerances. The tolerance can affect the actual value of the capacitor and therefore, the tone of the guitar. A capacitor with a 20% tolerance means that a .10uf capacitor can be any value between .08uf and .12uf.

According to many studies, including this one, the value of the capacitor is the most significant factor determining the final tone, with construction and voltage having no discernible impact.

Why Do People Say They Can Hear A Difference?

The best thing is to do a sound test yourself, which can be done on zerocapcable.com. If you listen and feel that you can hear a difference in the sounds despite what that report says, we might have found some data that backs you up.

The Metallized Plastic Film Capacitors report states that there are some differences between the types that could arguably manifest in a change in tone.

The report also states that Mylar capacitors perform poorly at high frequencies and can introduce noise when used in an environment with a lot of vibration. They also add resistance to the circuit.

Keep This In Mind

The Tone Control is a Subtractive Circuit. The high-end frequencies “leak” through the capacitor to ground. The capacitor value determines the lowest frequency, and everything above it gets filtered out, resulting in a warmer tone.

You never hear any sound that passes through the capacitor, only what remains. Therefore, you will never hear the noise that Mylar capacitors introduce when in an environment with a lot of vibrations, but the added resistance it adds to a circuit may indeed affect the tone.

Other Things To Remember

Here are just a couple more tone-related things to think about.

The Capacitor Is Always Affecting Your Tone

There are many places on the internet that suggest that turning your Tone Control up removes the capacitor from the circuit. Unfortunately, that is not correct; the capacitor is always affecting your tone, unless you are using a no-load pot.

Once installed, a no-load pot will remove the capacitor from the circuit when turned to full-on.

All of the Electronics Affect Your Tone

The more electronic components, such as Volume Knobs and Tone Controls, that are present on the guitar, the warmer the tone will be. High-end frequencies will escape out of each one.

In our discussion about ceramic disc and mylar capacitors, we don’t think either one is superior in your Tone Control. Our suggestion is to use whatever you can find that has the right value for the lowest price.

Most likely, that means the ceramic disc, though it might be difficult to buy just one or two and the price of a “box-set” will be comparable to the smallest number of Mylar capacitors you can buy.

The difference between the two is just too small to justify any extra cost or waiting period while you seek out some rare capacitor. Just get something cheap and on sale if you can.

This argument would be much more justified if we were talking about an amplifier or effect pedal, where we might hear the sound that passes through the capacitor, but in this case, it’s just a gatekeeper to ground, and one that’s rarely used.

If you’ve found this article helpful, please feel free to share this with your friends on Facebook and Twitter. For more articles on guitar electronics, visit humbuckersoup.com.