If you like to modify or repair your guitar, it won’t be long before you have to do some work on the output jack. Often one of the first components to go bad, these are the most likely cause of a malfunctioning guitar. So, let’s take a look at the best guitar output jacks.

What Is An Output Jack?

Why Do They Break?

You can tell if your output jack is faulty because your guitar will make a crackling sound and cut out, especially when you move around.

One reason that it might do this is that one of the wires is starting to loosen and failing to make good contact. This problem occurs more often if the bolt that secures the jack begins to loosen on a frequent basis.

Playing the guitar with a loose output jack, especially during a performance, can lead to a lot of wriggling and twisting of the jack, which wears down and breaks the connections.

The second reason the output jack gets faulty is that the piece of metal or bent flange, which makes contact with the tip wears out or bends away from the tip of the guitar cable and no longer makes a good connection. This type of problem usually occurs in guitars that get a lot of play time but not a lot of maintenance time. The rubbing that happens when you plug in your guitar can cut or wear a groove into the metal of the bent flange.

Another reason an output jack can become faulty on older guitars is that they become corroded. The corrosion coats the metal and makes for a steadily worsening connection until the component fails.

This type of problem is more likely to affect guitars that have been sitting in storage for a long time, without maintenance.

Poor manufacturing can be another cause for a faulty connection. If a lower grade metal is used during manufacturing, electricity will not be conducted as well as it should. The cheap metal might also bend easier, causing a weaker connection. Poor tolerances also come into play here, for example, when a bent flange has been made too large and has extended beyond the tip of the guitar jack preventing connection. 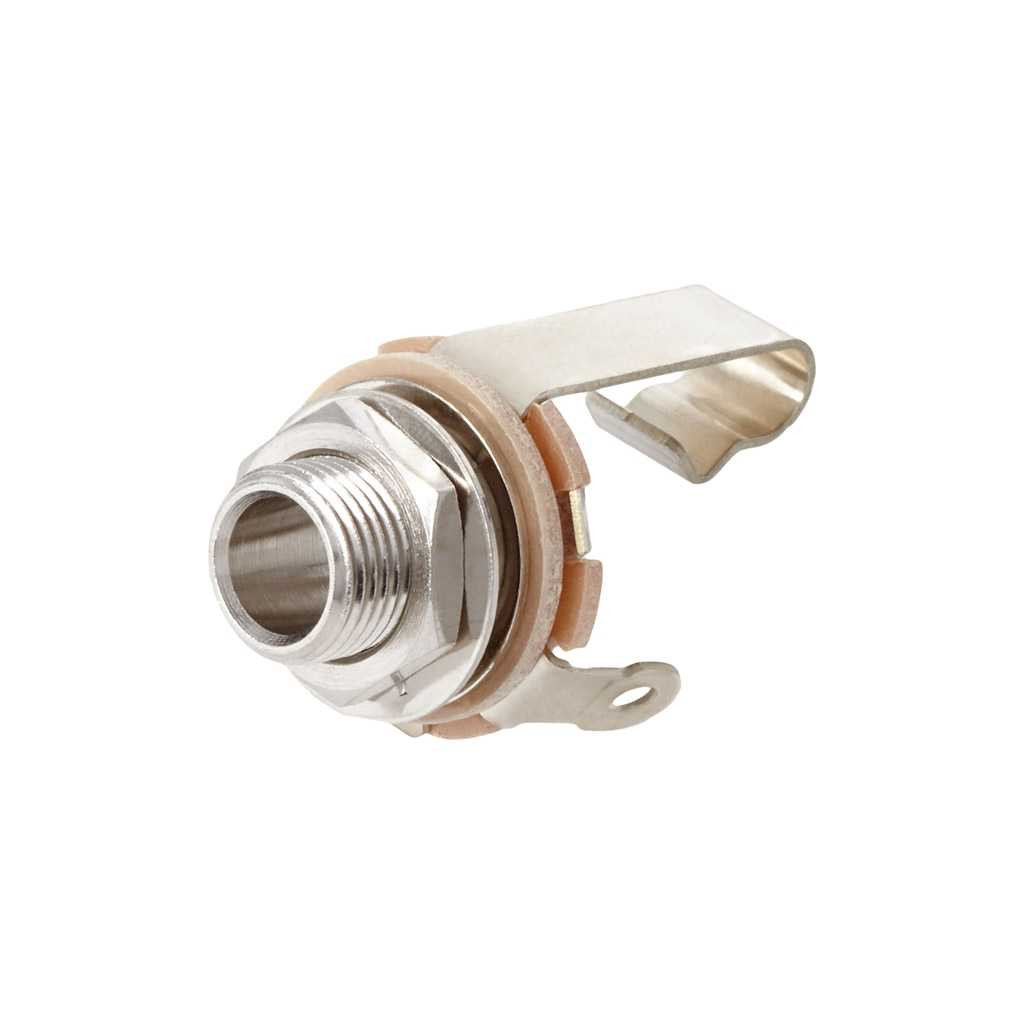 The mono output jack, used in almost all electric guitars, is the most common in use today. This jack has two tabs, or lugs, on which to solder a positive and a negative wire. The positive wire connects to the bent flange, which makes contact with the tip of the guitar cable.

Besides the two wires that need to be soldered, a 3/8 bolt is usually all that stands between you and a brand new guitar jack. Installing a mono output jack is a great place to start if you want to learn how to modify your guitar or even if you only wish to do repairs. 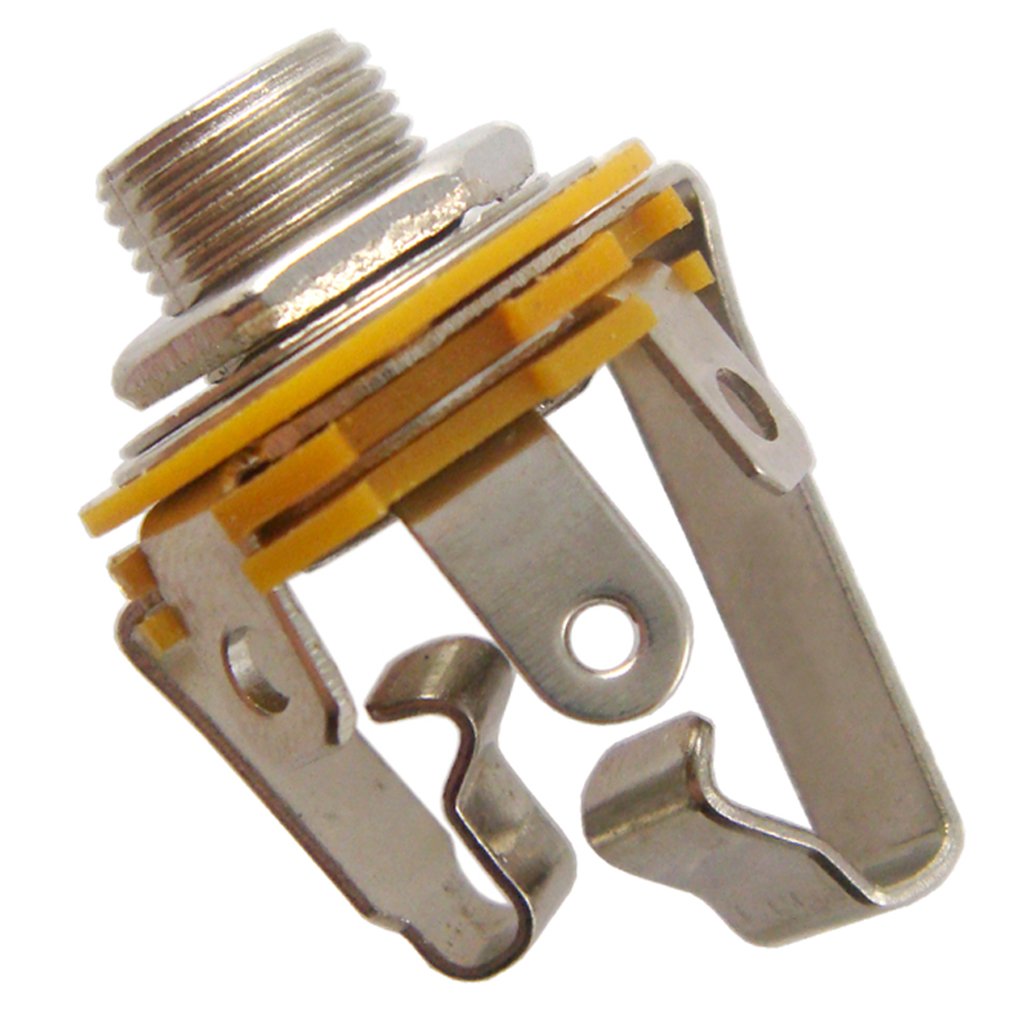 The stereo output jack is very similar to the mono, except that it has one more lug that connects to a second, shorter, bent flange which makes a connection with a second ring on special stereo guitar cables. This type of jack is mainly for specialty pickups and progressive wiring techniques. It is used slightly more often in bass guitars.

You are free to use the stereo output jack as a mono output jack in your guitar if you solder the positive wire to the more extended bent flange and leave the shorter one unsoldered.

An Open Stereo Jack is the stereo jack that looks just like a mono output jack. A Stereo Barrel Jack is an open stereo jack with an enclosed casing. The barrel jack is soldered the same way as an open jack. 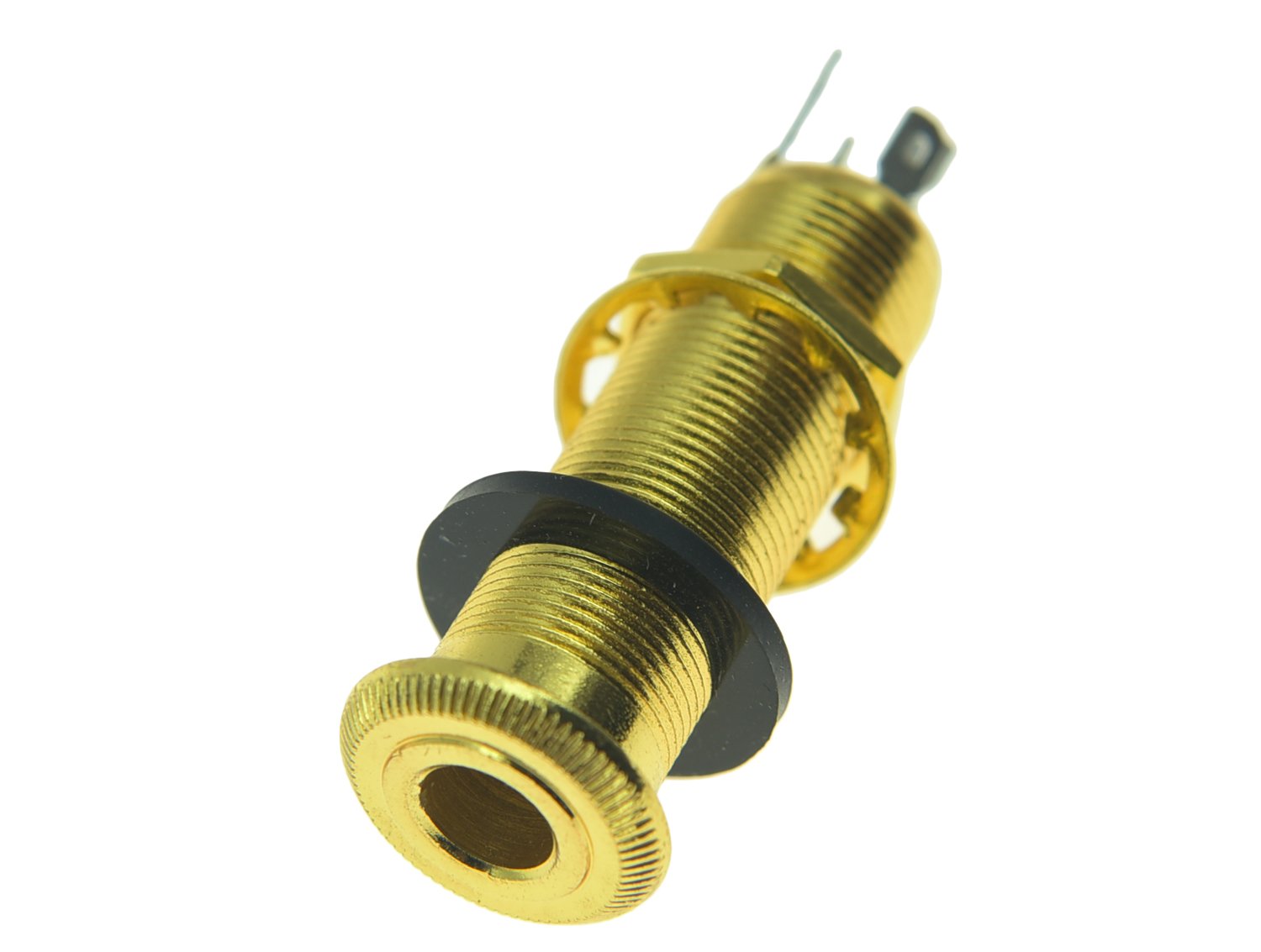 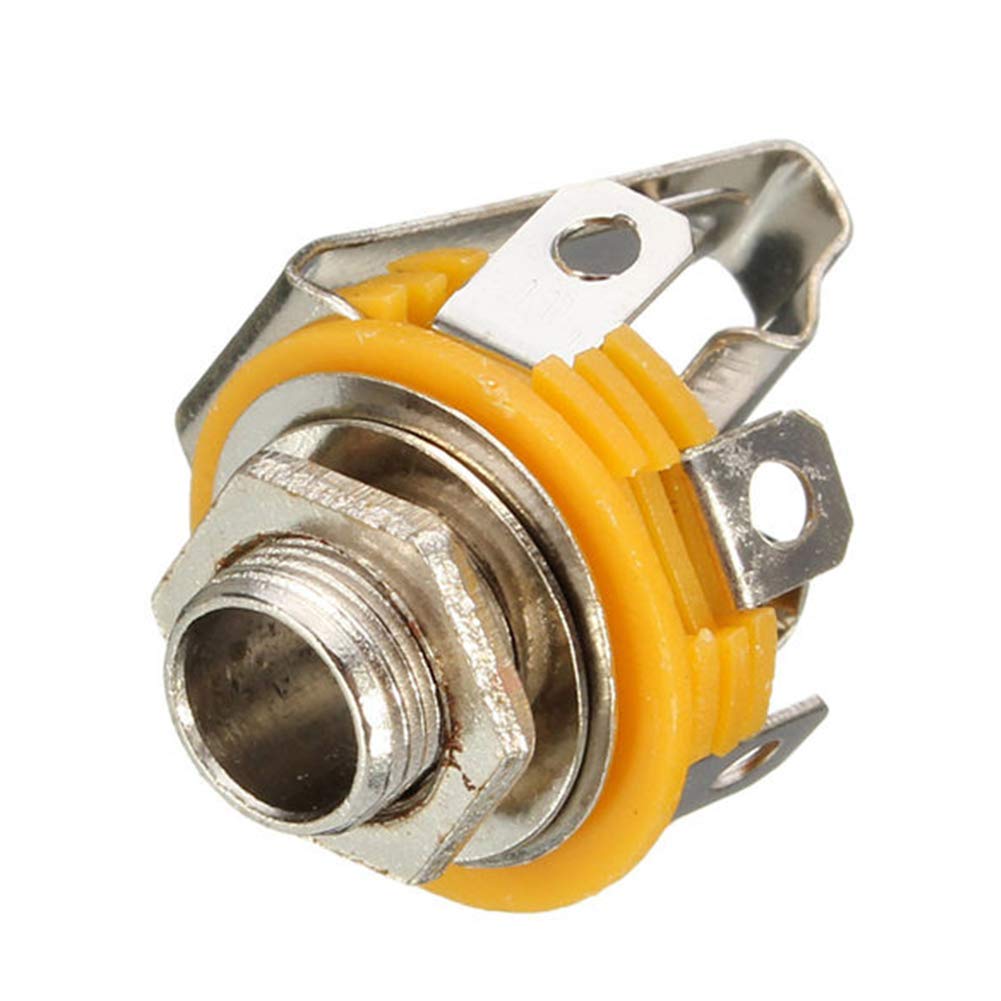 The TRS jack features yet another lug to which we can solder another wire. TRS jacks allow for complex wiring schemes that require a guitar to have more than one output signal. These jacks are usually found on acoustic guitars, where a player wants to mix the sound of a passive pickup with a piezo pickup in real time. 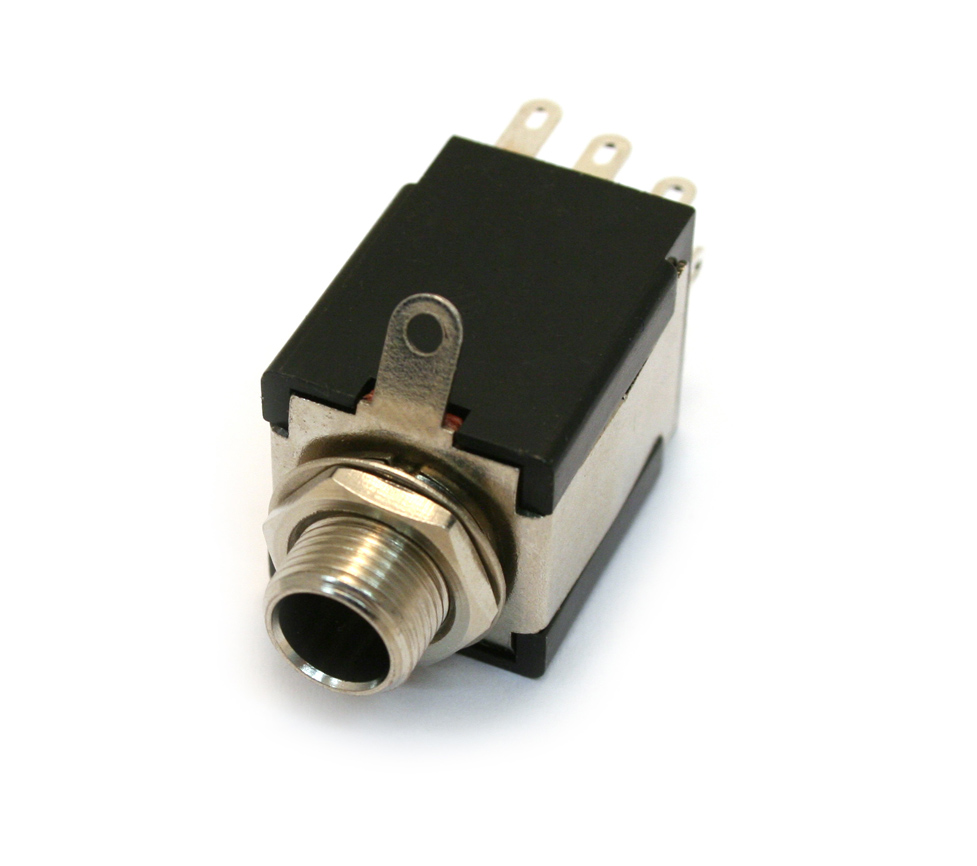 Power jacks originated in foot pedals and amplifiers, but they are continually gaining in popularity and are finding their way into more and more guitars, mainly in acoustic guitars where the circuit board can hide behind the soundboard.

We hope this clears up any confusion you might have about the different types of output jacks and which jack is right for your guitar. If you’ve enjoyed this article and found it helpful, please feel free to share this with your friends on Facebook and Twitter. For more articles on guitar electronics, visit humbuckersoup.com.