The treble bleed circuit is one of the easiest mods that you can perform on your guitar. It’s one that might require extensive experimenting, however, before you’re able to get it perfect. The treble bleed is meant to preserve treble loss as you turn down the volume control on your guitar. It does this by creating a very simple high-pass filter to counteract the high-frequency loss inherent in the volume control. You will want to add this mod to your guitar if you feel that rolling off the volume causes your tone to change too dramatically, thus becoming muddy or dull.

The mod simply requires soldering a single capacitor, or a capacitor and a resistor, between Tab 1 and Tab 2 of the volume control(s). The hard part is that there are three values to consider: the volume pot, the capacitor, and the resistor. Each one of the values affects the other, and the result is entirely dependent on your personal tastes.

The one downside to the treble bleed circuit is that it will affect the way your guitar “cleans up” when you turn down the volume when you’re using overdrive, especially tube overdrive. This is because many types of overdrive distort the high frequencies more than the lower frequencies, and when turning the volume down bleeds away your high frequencies you are left with a much cleaner and warmer tone. If your playing style depends heavily on this effect, you might want to try it out before you make the treble bleed mod permanent.

The common values for volume pots are 250k for single coil pickups and 500k for humbucker pickups, but you can use any value from 250k to 1 mega-ohm if your ear says it sounds right. The higher the value of the Volume control, the brighter the tone of the guitar, even when the volume is all the way up. This happens because the lower values do not have enough resistance to prevent high-end frequencies from escaping to ground. You do need some frequencies to escape to ground, however. Otherwise, the guitar will sound harsh. The capacitor and the resistor will have no effect on the signal when the volume control is all the way up.

The capacitor values are very small, usually 0.001 µF or less and are usually of the ceramic disc variety. The higher the values are, the brighter the tone will get as the Volume gets turned down. The resistors range from 80k to about 300k and higher values lead to a brighter tone.

There are three versions of the treble bleed circuit 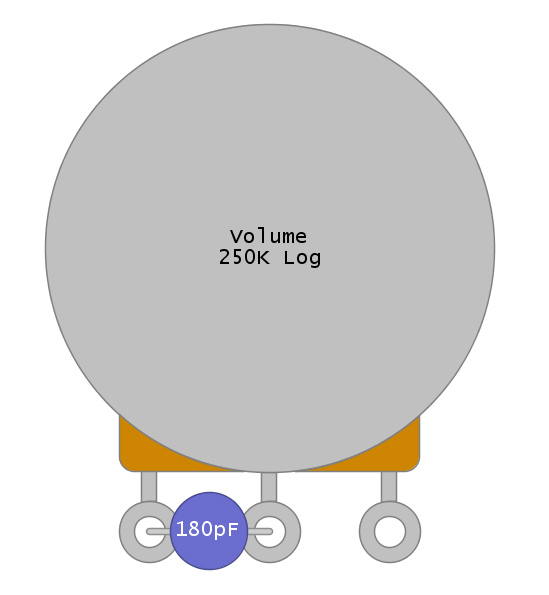 The second version starts out the same, but adds a resistor between Tabs 1 and 2 of the volume control (Fig 2). The second version is the most common and the “TV Jones Values” of a 1 nF (.0001) capacitor paired with a 150kΩ resistor is considered by many to be the best place to start your tone search. 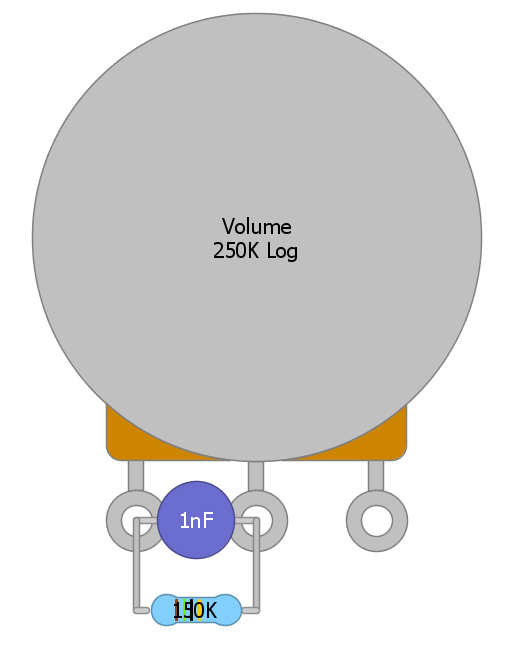 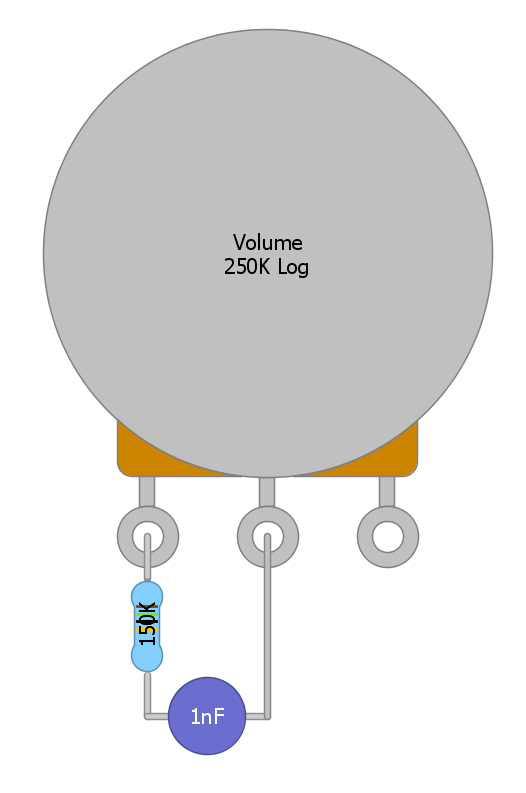 So that’s all there is to the treble bleed circuit mod, except for one more thing: the length of your cable will affect the circuit. Any length over about 30 ft. will require higher capacitor values, so you’ll want to consider this when choosing the values that you use.