Why use a Lindy Fralin Partial Tap Resistor?

You can only coil-split humbuckers, which means that you can use a switch to turn off one of the two coils that make up the humbucker. The resulting tone is usually much less powerful. The guitar will drop in volume, but the tone will brighten; your humbucker will take on the characteristics of a single-coil pickup. Notes will be crisp and clear, but you will lose humbucking capability, and noise will creep in. This ingenious mod by Lindy Fralin opens it up to make it even more useful.

We accomplish the modification by bypassing the second coil. Humbuckers have four colored wires, because each coil has a beginning wire and an end wire. We run one coil into the next to create one long coil, which is why we twist two of the colored wires together and tape them off. 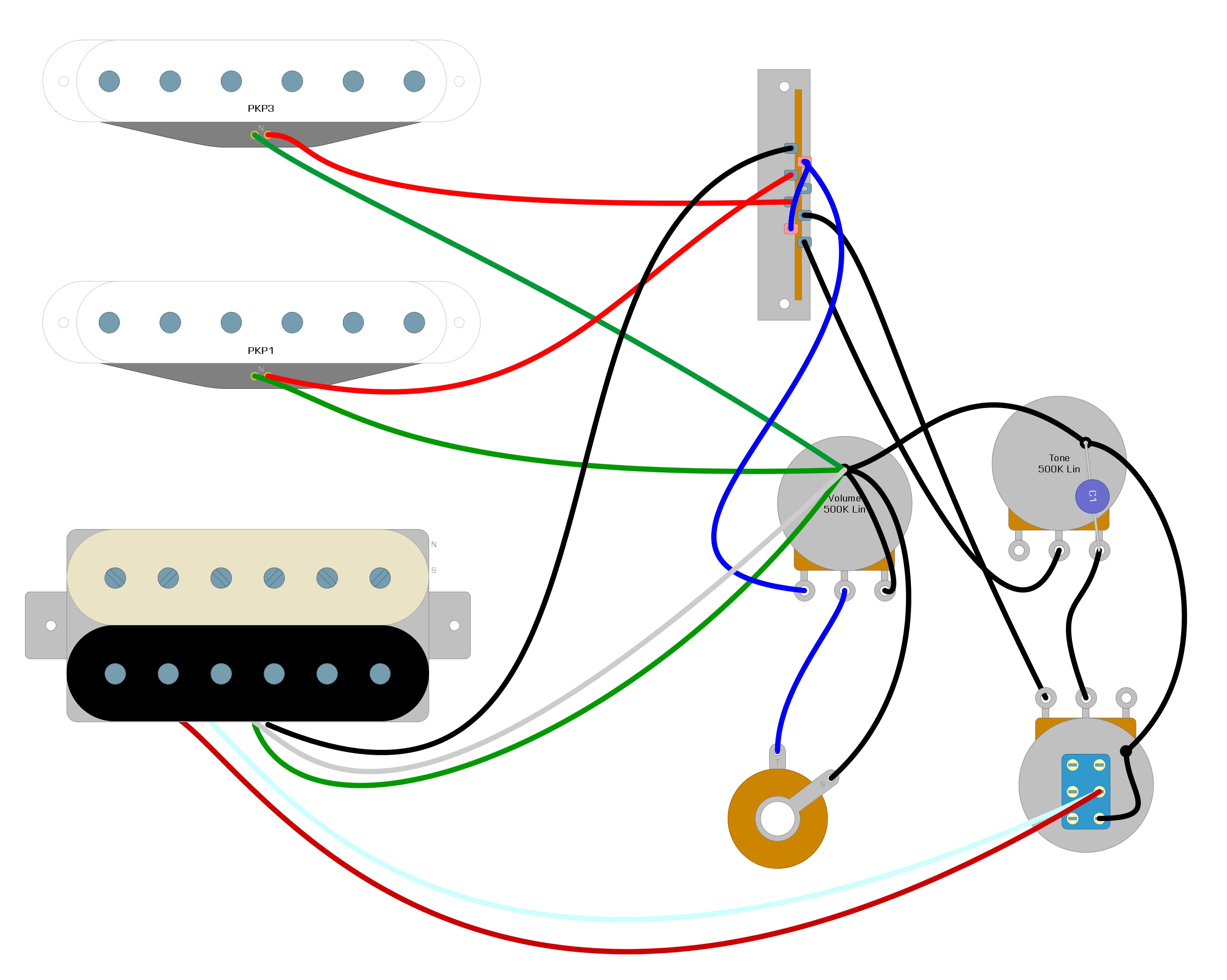 It’s important to understand that splitting humbuckers doesn’t always sound good because the two coils are meant to work together. The humbucker sound is “tuned,” using both coils. Originally, humbuckers were only available with two wires, and there was no need to twist and tape off any. Tinkerers found that they could wire the coils in unintended ways or shut coils off entirely to create new sounds, so the four-wire humbucker was born.

Coil-splitting was not as popular as other modifications before high gain humbuckers started to enter the market, because when you remove one of the coils, the sound became thin. The effect might sound good in a bedroom or recording studio, but your guitar will drop out in a live performance unless you are using high-gain pickups.

If you use low output or vintage style humbuckers, the split humbucker sound may not be usable.

The Lindy Fralin Partial Tap Resistor modification is a brilliant idea that Lindy Fralin is somewhat vague about, and they downplay its potential. Simply put, it’s just a resistor placed between the switch and Ground instead of the straight wire.

We have illustrated the Lindy Fralin Partial Tap Resistor modification in Example 2. 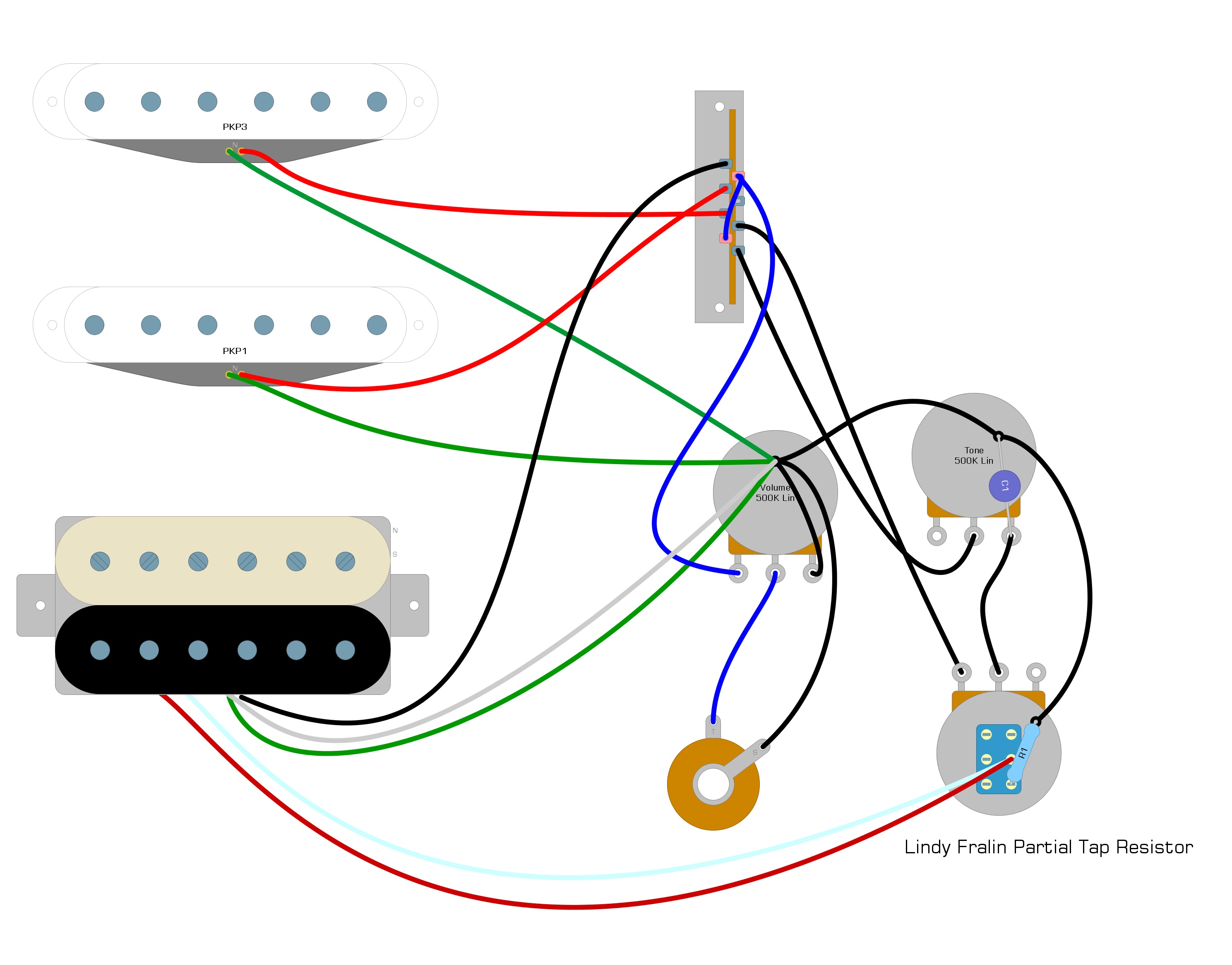 What Does It Do?

Allowing some of the signal to travel through the second coil reduces the amount of volume drop when the coil-split modification is engaged.

Does It Get Better?

Yes, it does. Lindy Fralin recommends using a 7k resistor for low output humbuckers and calling it a day. While this may be great advice as a place to start, it doesn’t even begin to unlock the power of this mod. Basically, increasing and decreasing the value of the resistor changes how much of the second coil you hear when using the coil-split modification.

With the Lindy Fralin Partial Tap Resistor modification, you can fine-tune your split-coil tone more than you ever thought possible. It’s very underutilized, and there’s no reason not to use it on every coil-splitting project. You can tune high gain pickups as well as underpowered ones. No manufacturer worries about the sound of their split coils, so the tone it produces will likely benefit from adjustment.

If you’ve learned something new and have found this guide helpful, please feel free to share this article on Facebook and Twitter. For more articles on guitar electronics, visit humbuckersoup.com.