This article will cover  Jackson guitar pickups and how to get any Jackson pickup installed into your guitar. We’ll cover both single-coils and humbuckers, and will include all of the illustrations you need to install them in virtually any guitar.

What Are Jackson Pickups?

While you don’t see Jackson pickups for sale as often as you see Seymour Duncan, Dimarzio, or Lindy Fralin pickups, they come stock in every Jackson guitar and many Charvel guitars. These guitars are very popular, so there is a good chance you will experience these pickups before long.

For the most part, Jackson sticks to single-coils and humbuckers in their guitars. We were unable to find any Telecaster or P90 style pickups. Grover Jackson, founder of Jackson guitars,  began winding pickups in his home in 1984, and by 1986 he expanded to include high output pickups and low impedance circuits. In 1989, though, Gotoh Japan began making Jackson pickups to exact specs, so there is a good chance your modern-day pickup is from Japan. However, for some models, Jackson continued to make pickups in America.

The Jackson pickup installation guide is a reference for those with a Jackson or Charvel guitar who need to know the wiring code. It’s also possible to use this guide if you picked up Jackson pickups second-hand. It assumes you can understand how to follow the illustrations we provide, and you have the experience to use the tools required.

If you need a step-by-step guide for installing pickups, we recommend one of the many pickup wiring articles we have here at Humbucker Soup.

Jackson makes several models of single-coil pickups, the first of which was the J-100. Single coil pickups have two wires connected to a copper coil, and the Jackson models use white for HOT and black for GROUND. We’ve illustrated how to install Jackson single coils in a Fender Stratocaster style guitar in Example 1. 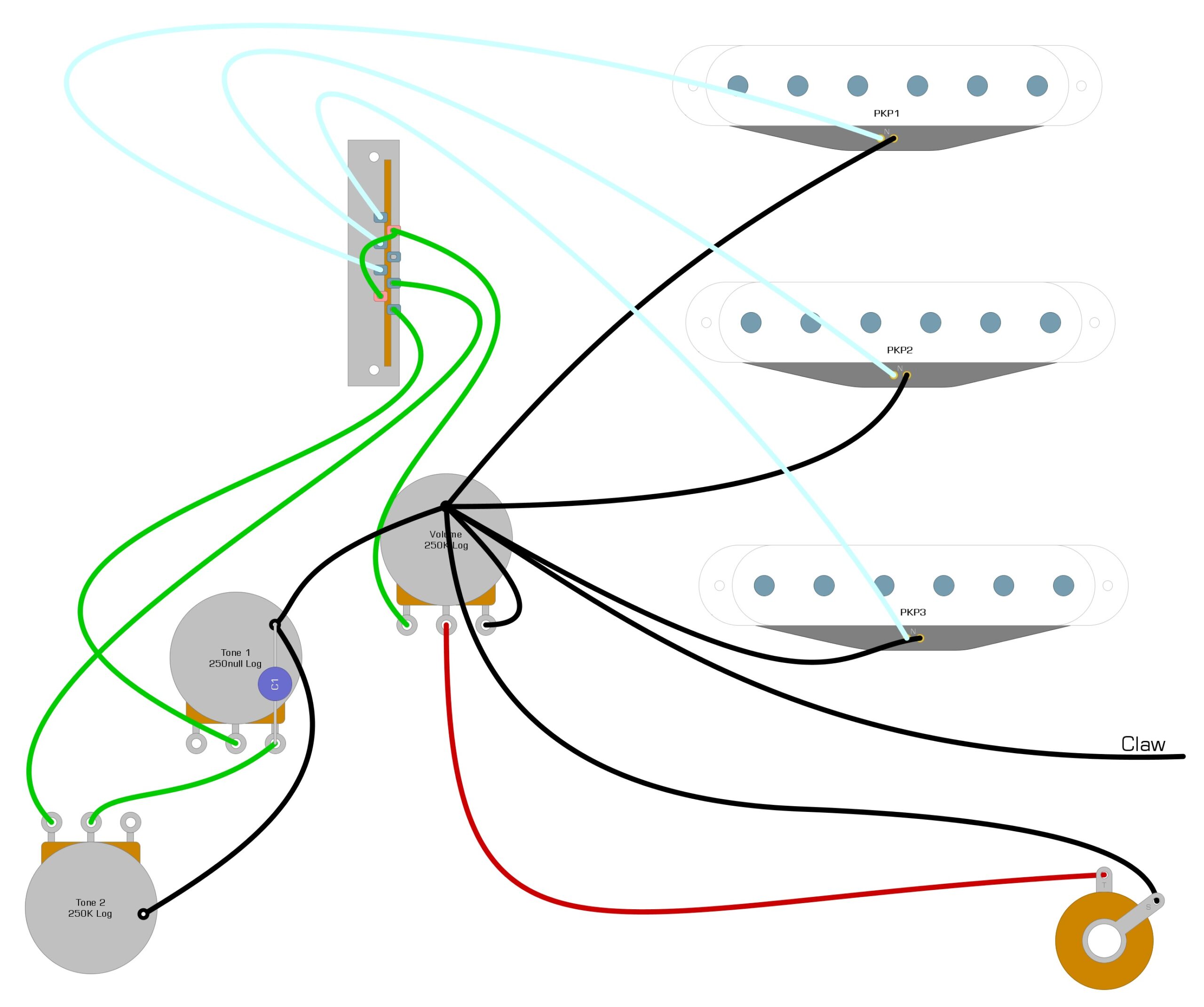 While the vast majority of Jackson pickups have four wires, several models only have two. Two-wire humbuckers will usually have a thick wire coming from the pickup that contains two smaller wires. A white wire will be the HOT, and a braided metal wire will be the GROUND. We’ve illustrated how to install your Jackson pickups in a Gibson Les Paul style guitar in Example 2. 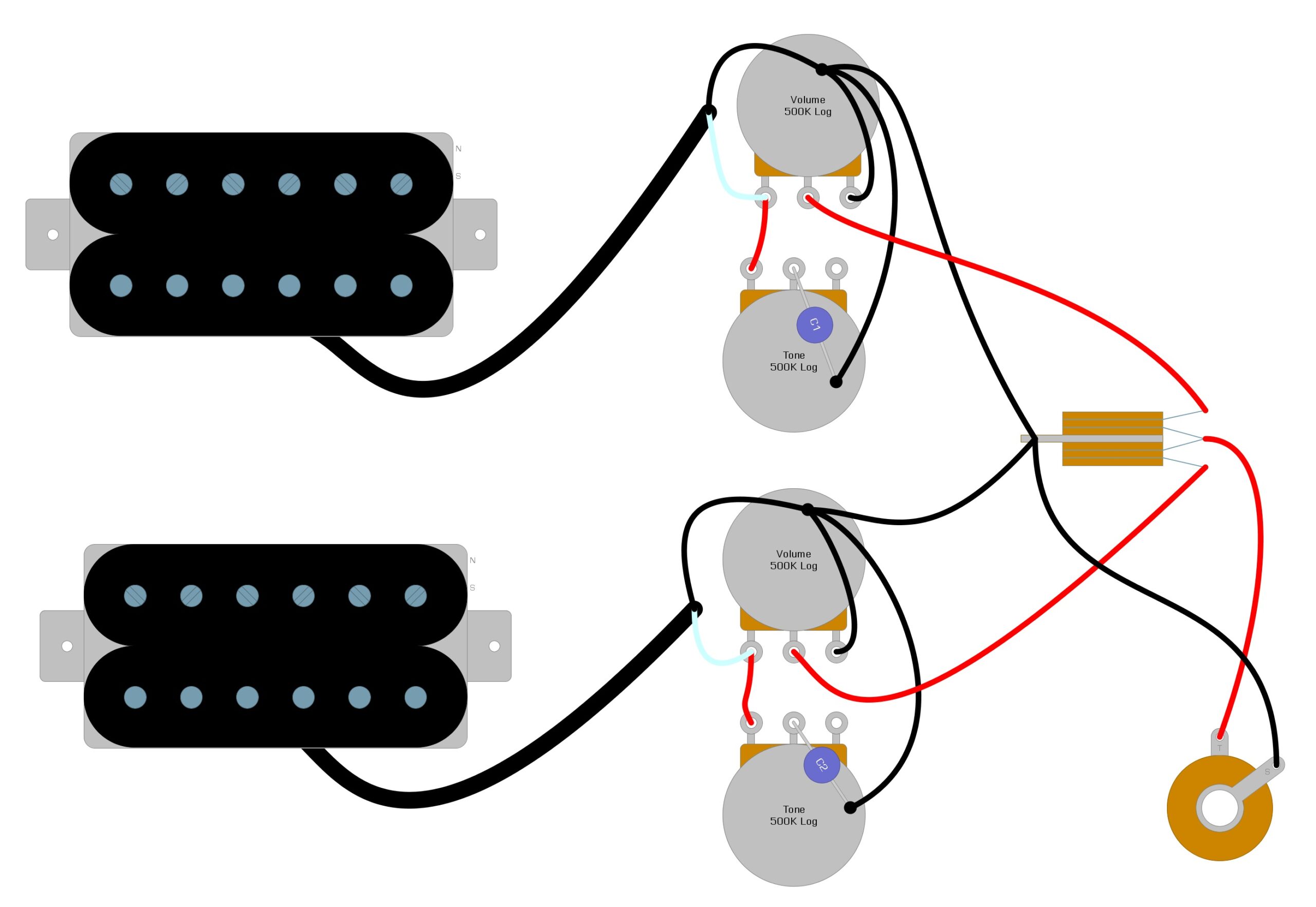 Most Jackson humbuckers have four wires, and this includes their standard humbucker and the mini-humbuckers designed to fit in the space of a single coil. They have four wires because there are two coils inside the pickup, and the bare wire grounds the chassis and helps prevent RF interference. To install this type of pickup, you first need to know the wiring code.

Once you have the wiring code, you can install the pickup using the HOT and GROUND wires. We illustrate how to install four-wire Jackson pickups in a Gibson Les Paul-style guitar in Example 4

Once you have a four-wire humbucker installed in your guitar, you can perform a coil-split modification to get an extra tone out of the typical humbucker sound. It emulates a single-coil tone and only requires converting one of your tone controls to a push-pull pot and soldering a few connections.

Converting to a Push-Pull Pot

To convert to a push-pull pot, you first need to purchase the component. You can usually find it in a local music store, but if not, you can find it easily online. The push-pull pot will install in the same space as a standard pot, and it has identical connections, so you can install it the same way.

In Example 5, we’ve illustrated what a push-pull pot in place of a standard tone control would look like in a Gibson Les Paul. Notice how similar this illustration is to the last. 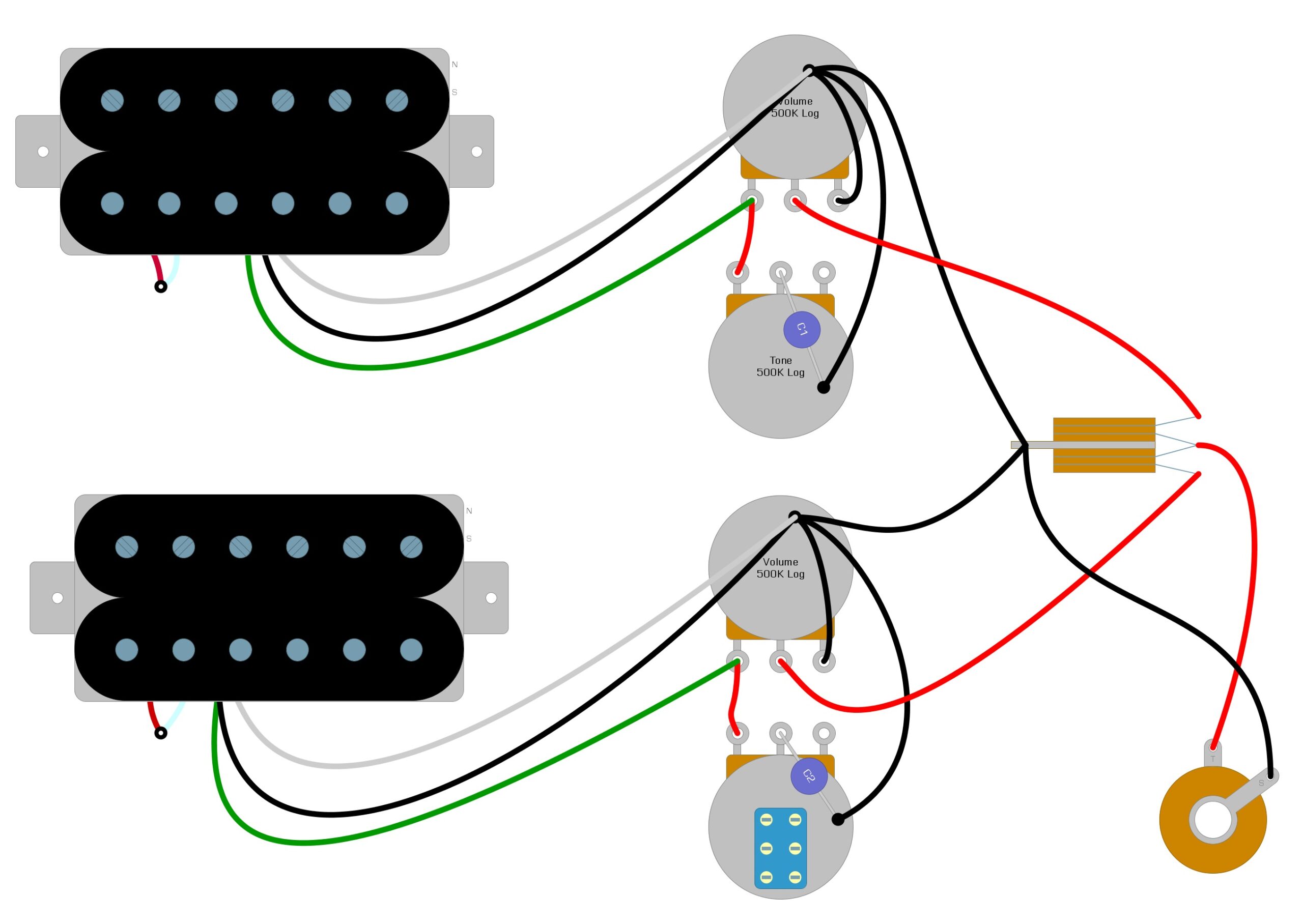 To complete the coil-split modification, you need to connect the white and red wires from the Jackson pickup to the push-pull pot’s switching mechanism. You will also need to add a small GROUND wire that connects the switch to the back of the pot. 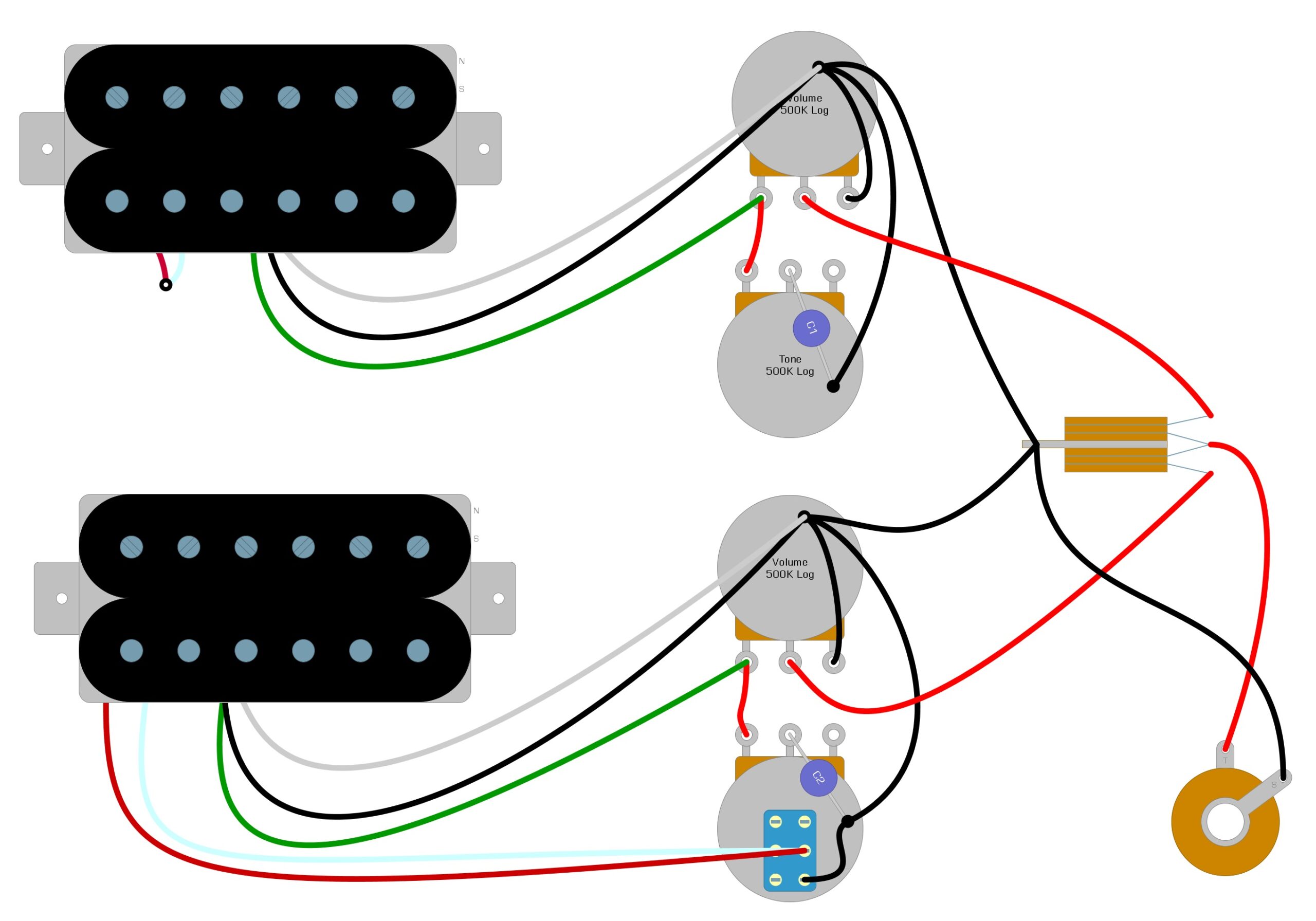 With the modification complete, pulling out the shaft of your tone pot will open a path between the red and white wires and the short GROUND wire to the back of the pot. This connection means the signal that should go to the second coil instead escapes to GROUND leaving only one coil producing sound and effectively splitting the coil. Pushing in the shaft severs the connection, and the signal travels through the second coil as usual.

Jackson and Charvel guitars use various wiring schemes across their many guitar models, but we didn’t think a Jackson pickup installation guide would be complete without at least one example of a super Strat, which is very common in these guitars. The Super Strat is just a guitar that mixes single-coil pickups with humbuckers.

In Example 7, we’ve illustrated a common way to install Jackson pickups in a Super Strat like a Jackson, Charvel, or Ibanez. 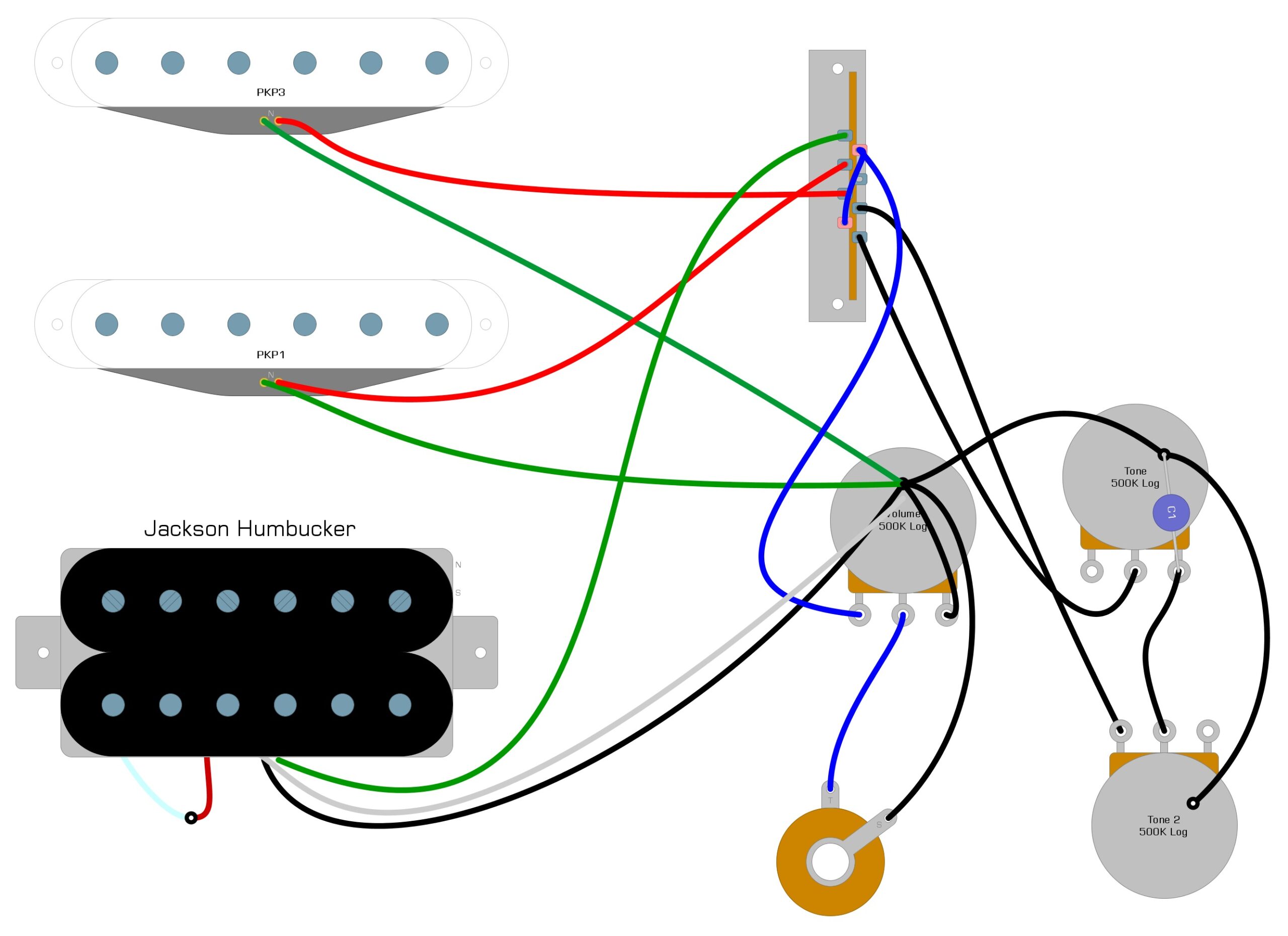 Jackson makes several high-quality pickups in single-coil and humbucker designs, and it’s one of the few brands where the Japanese and American versions are nearly identical, producing great sound across the board. Unfortunately, it can be hard to get your hands on one and even more difficult to obtain a specific model outside of buying a Jackson guitar outright, but you can use this guide to get it installed once you have one.

We hope you have enjoyed reading our dive into these often overlooked pickups and learned something new. If we have helped you get your pickups working, please feel free to share this Jackson pickup installation guide on Facebook and Twitter. For more articles on guitar electronics, visit humbuckersoup.com.