One of the ultimate pleasures of being a guitarist is setting up your pedalboard. Whether you’re new to the realm of guitar or a veteran shredder, curating a solid set of stompboxes can pave the way for tons of creativity. END_OF_DOCUMENT_TOKEN_TO_BE_REPLACED 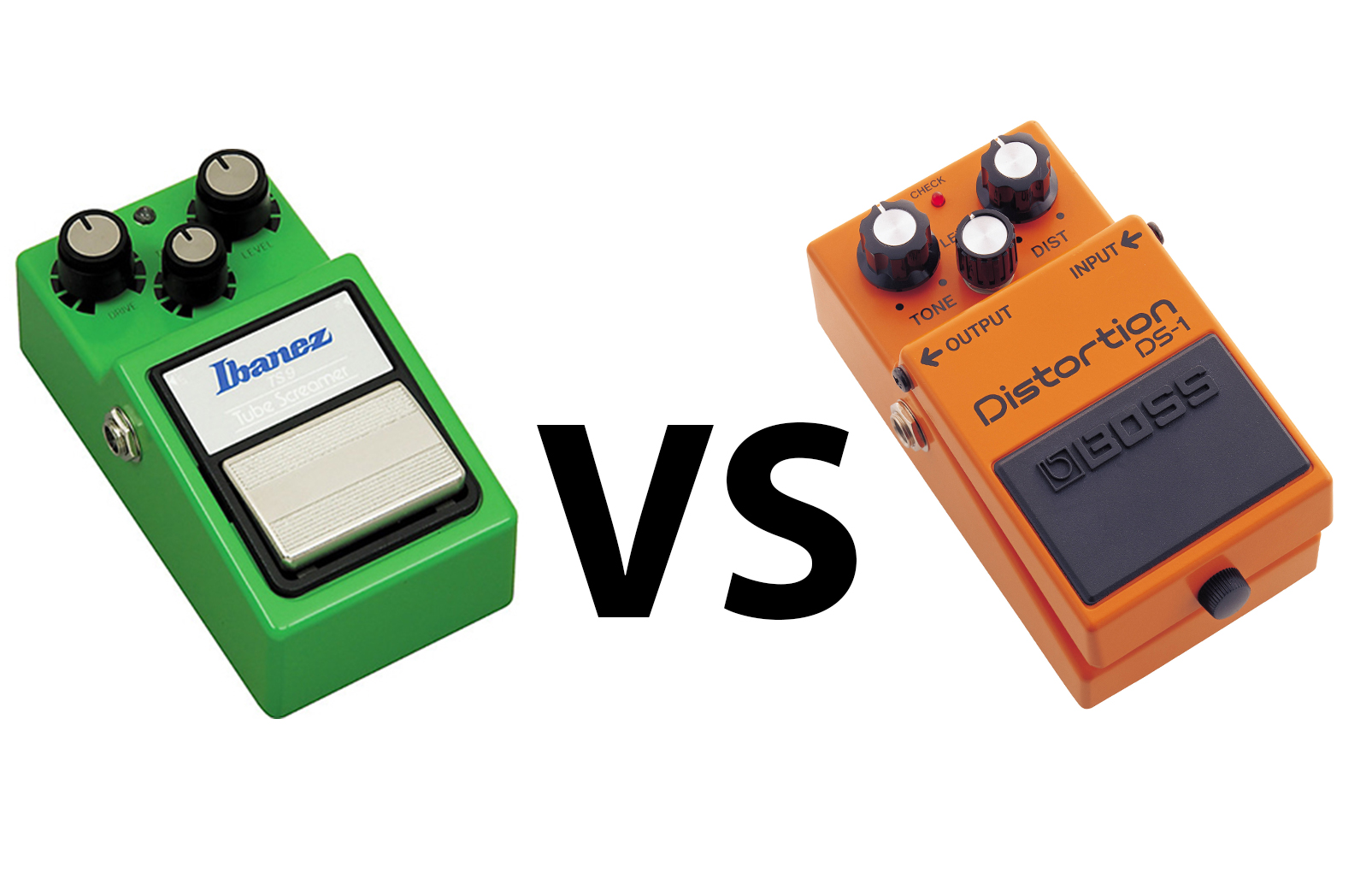 Many times in guitar shops, especially when talking about distortion or overdrive effects, we hear the terms hard clipping and soft clipping used to describe the different sound effects pedals create. It can be confusing if you don’t understand these terms or how they affect your sound. END_OF_DOCUMENT_TOKEN_TO_BE_REPLACED 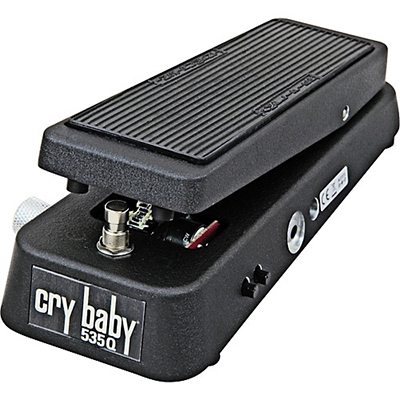 Shopping on a budget for a guitar wah pedal? This list features some surprisingly affordable choices.

The wah pedal is one of the best-known effects commonly found on a guitarist’s pedalboard. With its unique distortion capabilities, it is one of the few effects that is well known to even non-guitar players. It is expressive, giving the guitar an almost vocal-like quality, and guitarists such as Steve Vai have used the wah very successfully to simulate entire conversations. END_OF_DOCUMENT_TOKEN_TO_BE_REPLACED 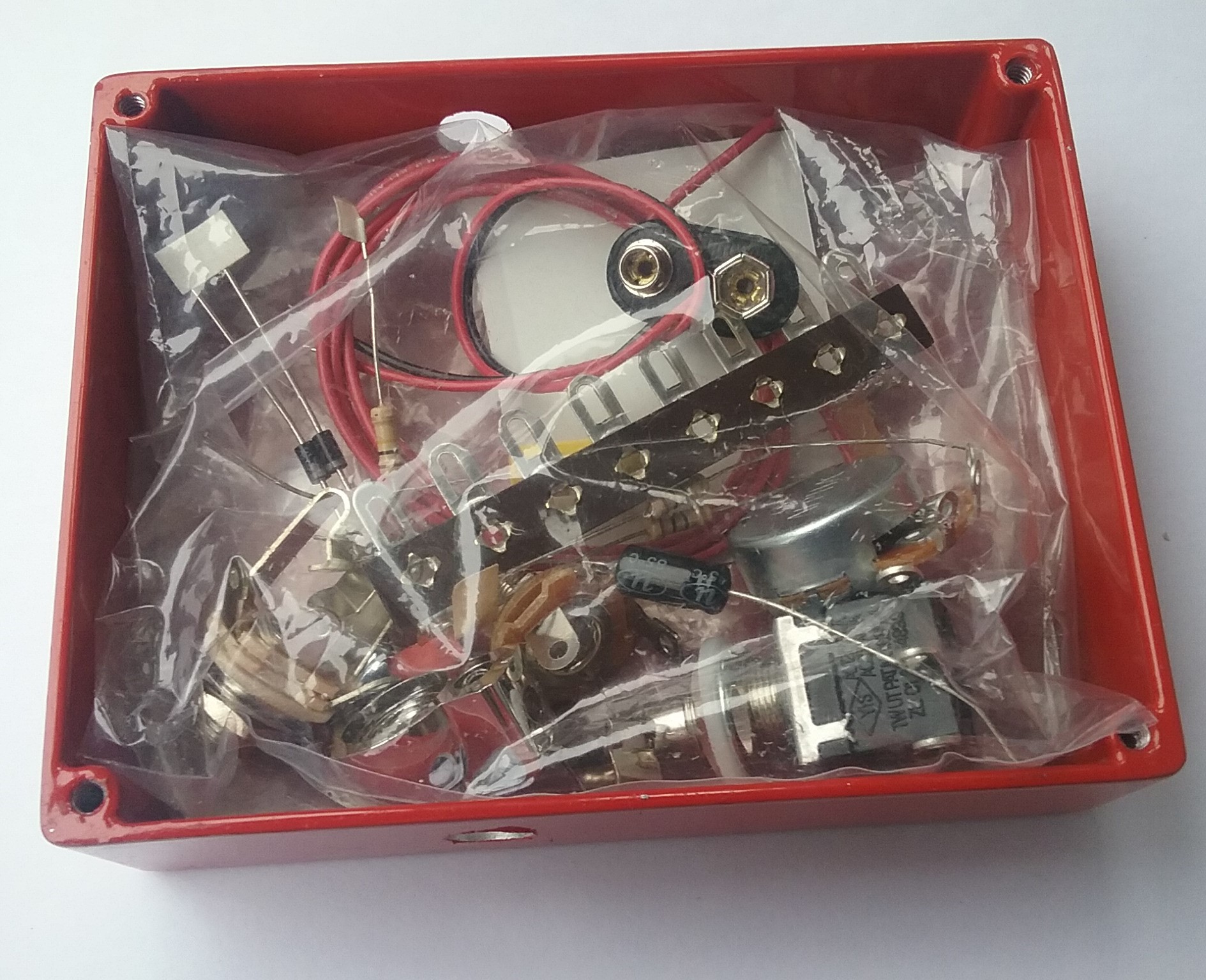 Now that we've reviewed the components in Part 1, we'll begin the process of actually building our gain boost pedal.

If you are a guitar player looking to create your own unique sound, one of the best ways to do that is to build your own equipment from scratch. A good portion of “Guitar Electronics” is just very simple circuits that can be built and modified at home. END_OF_DOCUMENT_TOKEN_TO_BE_REPLACED 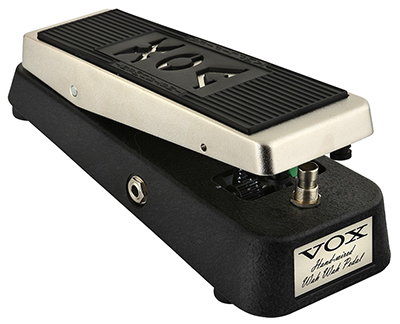 The Vox V846-HW Hand Wired Wah Pedal is a reissue of the grandfather of all wah pedals, the Vox V846. This classic was used by Jimi Hendrix, Eric Clapton and countless others.

The Vox V846-HW Hand Wired Wah Pedal, as the name suggests, is hand wired on a turret style board. END_OF_DOCUMENT_TOKEN_TO_BE_REPLACED

Since Gain Boost is one of the most common processes in every pedal, we'll start with the parts that we'll need to build our great 'beginner' pedal.

In Guitar Gain Boost Part 1, we’ll take a look at the first actual pedal that we are going to create. It’s called the Piledriver, and it is a Gain Boost pedal that I got from modkitsdiy.com (https://www.modkitsdiy.com/pedal/piledriver). This is listed as a “beginner” pedal and that is one of the reasons why I chose it. Gain Boost is also one of the most common processes that take place in every pedal and understanding it will put you well on the road to building great sounding pedals.

END_OF_DOCUMENT_TOKEN_TO_BE_REPLACED 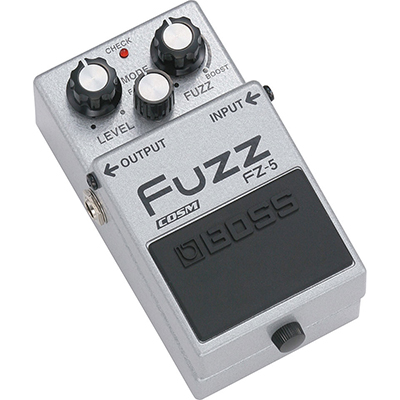 Germanium vs Silicon... this is often an intensely debated topic. Learn the difference between these two types of diodes and how they affect your fuzz pedal's tone.

Let’s talk about the difference between germanium and silicon transistors and what it means to guitar players and audio in general, especially fuzz.

Fuzz is a type of distortion that guitar players use. It is most often found in an effect pedal and it creates a buzzy tone that is associated with an overdriven amplifier or a torn speaker. Transistors play a vital part in the design of this effect and their germanium and silicon diodes can sound quite different in the final result.

END_OF_DOCUMENT_TOKEN_TO_BE_REPLACED

You’ve heard of Fuzz pedals, and probably used one. But do you know how they work?

Fuzz is a type of distortion that was originally marketed in the early 1960s as a device that you can use to emulate the sound of Orchestra instruments such as the Trumpet, Cello, Bassoon, Saxophone, etc. It was a Saxophone sound that Keith Richards wanted for the beginning of “Satisfaction,” which prompted him to try out a Fuzz pedal. It was also during this time that the Kinks, Link Wray, and many other early Rock & Roll and Blues guitar players reportedly punched holes in their speakers to get a fuzzy sound. You can hear a torn speaker in “Rocket 88” (the first Rock & Roll song), by Ike Turner and Jackie Brenston. Other notable songs from that time that feature Fuzz are “You Really Got Me,” by The Kinks and “Rumble,” by Link Wray. The aggressive Fuzz tone of this song actually caused people to feel fearful, so it was banned from the radio.