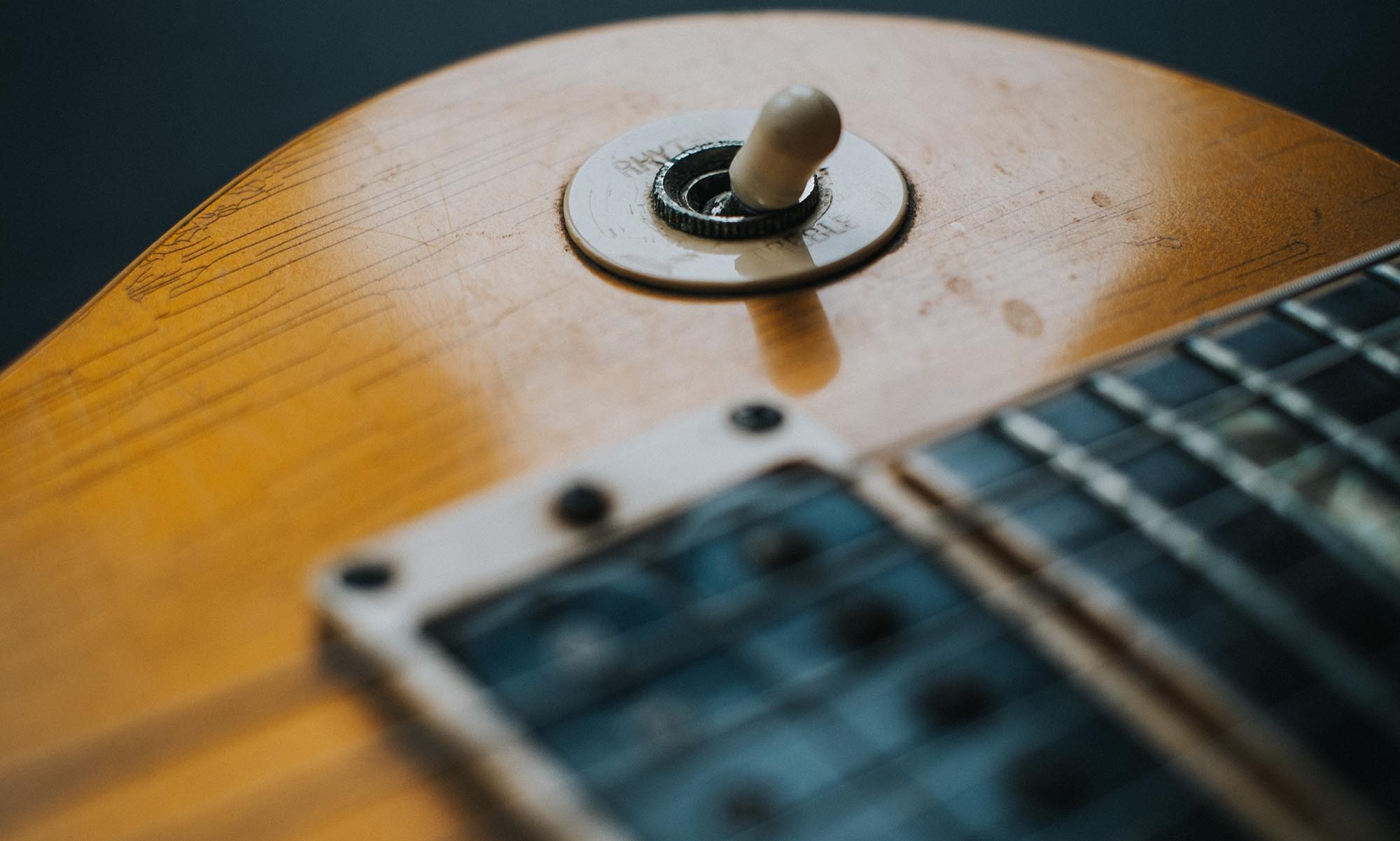 War Pigs includes a number of sections and is quite lengthy. It features several Guitars, most noticeable during the Guitar Solos, which we will Tab at a later date so it is not an issue with this Tab. It also features at least two Bass Guitars, one in the “Center” and one panned to the ”Left.” For this Tab, I tried to stick to the “Center” Bass.

War Pigs is in the key of E Minor Aeolian, which is a mode of the G Major scale and both scales share the same notes.

The Intro is a 16-bar section of music that is at a tempo of 112bpm and uses a 6/4 time signature. To make it easier to see, we are going to break it down into smaller sections.

The first four-bar section of music looks like this. (Fig 1)

Let’s take another look at the chords that we see here. (Fig 2)

We can see from the War Pigs chord chart that we are looking at an E to D chord progression, better known as a I-VII progression, which, along with these chords, will be the basis for most of the song. Geezer Butler plays the Pentatonic scale in the fifth position on the Bass, helping to create a haunting and tense atmosphere.

The chords remain the same, so we don’t need to look at them again, but I would like to take another look at the double stops that began in the last section, and continue here. (Fig 4)

This looks as though the E Major is the intended chord, and the inverted A5 chord is simply a passing melodic tone.

The next three bars in this section look like this. (Fig 5)

This section of War Pigs continues with the ideas we discussed earlier. You might notice that the bass line from bar five through bar 12 is really a four-bar section that repeats once (it will be easier to see in the full tab at the end).

This section plays more of the same chords but you can definitely feel that the song is building towards the next section, as the bass line shifts into a more driving and slightly less melodic style.


The last part in this section of War Pigs is just one bar and is just the way it worked out with the Tab creator. It looks like this. (Fig 7)

The Bridge is another section of the War Pigs music that we will split up into multiple parts, to make it easier to examine. The first thing to notice in this section is that the Tempo abruptly changes to 88bpm and the time signature also changes to a 4/4 count.

The first part is the main part of this section. It is two bars long and only contains two chords that last for 1/16 beat each. The Bass Guitar plays the root notes of the chords. These two bars repeat and make up the bulk of the music in this section. It looks like this. (Fig 8)

You can see here that we did not introduce any new chords. We are still using the D5 chord and the E5 chord. We play this about six times.

After we play Pt. 1 a few times, we start to lay the second part. This second part is really the same as the first one, except that we add three different fills to the second bar of the two-bar section. The first fill looks like this. (Fig 9)

The third and final fills looks like this. (Fig 11)

The third part of the bridge uses the same two-bar idea, but modifies it even more, by adding additional chords and new fills. Pt. 3 is eight bars long and the first two look like this. (Fig 12)

We can see here that we are introducing three new chords, so let’s take another look at them. (Fig 13)

We can see that the new chords are G5, F#5, and F5. So, we have the original D5-E5 progression, followed by a descending four-chord pattern that uses our three new chords, plus an E5, which goes G5-F#5-F5-E5. These four chords are immediately followed by a fill. In this case, the fill is the G note, which is played using a lot of vibrato on the G string’s 12th fret.

The final two bars look like this, and the fill here is replaced by two E5 chords to prepare for the next section. (Fig 16)

The bass line in this section is based on the E Minor Blues scale, played in the 5th position. There are no new chords introduced in this section, but notice that all of the guitar notes in each bar are notes from an E Minor chord. We have played the E Minor chord at the 12th fret several times in the song so far, but have not looked at it in a chord box yet, so let’s do that now. (Fig 18)

The next section of War Pigs that we will look at is the Verse. The Verse is pretty similar to the Pre-Verse, with some small differences. This part is a one-bar section that repeats, and the Guitar changes from playing the E Minor chord at the 12th fret to playing an E – D note pull-off in its open position. The Bass Guitar also changes to a straight (non “question and answer”) bass line that is only one bar long. This is what it looks like. (Fig 19)

The next part of War Pigs that we will work on is the first Guitar Solo. We will Tab the Solos at a later date, and while normally I would supply the backing chords and the bass line for the Solos, in this song it is not really possible. What I can say is that both the Guitar and the Bass (at least two of each), go into a fairly lengthy improvised Solo (21 bars), almost all of which seem to be played over an E Chord. The Solo starts out with a bass line similar to this (Fig 20), before it goes crazy.

At this point, the only parts that are left to learn are from Luke’s Wall, which is the melodic instrumental piece towards the end. To make it easier to look at, we will break this up into smaller parts.

The first part is only one bar long and it introduces us to the basic melody and feel of this section. It looks like this. (Fig 21)

Let’s take another look at that chord. (Fig 22)

We can see here that the notes form an E7 chord with no 3rd. This is the style of chord we will use for much of the melody.

This next part is a two-bar section that starts with the same one-bar and E7 chord as Pt 1 did, and it’s followed by one bar of chords that sort of help “build up” into the melodic solo. This is what it looks like. (Fig 23)

Let’s take another look at the chords in the second bar. (Fig 24)

The third part is quite similar to the second part, except that the chords in the second bar are different this time. It looks like this (Fig 25)

There are only two chords in this new section, but let’s take a look at them anyway. (Fig 26)

The two chords in this section are the E5 and the G5. Once you play this section through you will need to repeat Pt 2 and Pt 3 before moving to the next section.

The 4th part is where the melodic chords really get started. It begins with four bars of the E7 no 3rd chord that we have already played, but this time the Bass plays along. It looks like this (Fig 27), and we play it four times.

Let’s take another look at that chord. (Fig 29)

We can see that this is a D7 no 3rd chord that is very similar to the E7 no 3rd above. Once we’ve played that twice, we move to the next chord and we play this one for two bars as well. This chord is two frets below the D7 no 3rd chord and it looks like this. (Fig 30)

And, of course, we will take another look at that chord as well. (Fig 31)

We can see that the new chord is a C7 no 3rd, just like the D7 no 3rd and the E7 no 3rd. Once you play this last chord for two bars, the music changes a little bit, to finish this section and move to the next one. It is two bars long and looks like this. (Fig 32)

We can see that we will be playing a B5, then a C5, before returning to a B5.

This two-bar section is repeated 12 times, then we move to the next section.

This is the final six-bar section that we will need to learn, and it is mostly music we already know. For this part, the Guitar returns to the E7 no 3rd chord we’ve been playing, while the Bass Guitar does one final “build-up” to the ending. The first three bars look like this. (Fig 35)

We can see how the Bass Guitar is slowly building momentum here and we will see it gain even more momentum in these next three bars. (Fig 36)

We can see that the bass keeps the momentum right up until the end. The final two 8th notes for the Guitar are two chords that we can take another look at. (Fig 37)

We can see here that these are the two main chords that we have been using throughout the song – the D5 and E5 chords – and we end the song on the E5 chord.

This first Guitar Solo, as I mentioned earlier, has two Guitars and two Bass Guitars – all improvising. Toni starts this Solo with some melodic playing in E Mixolydian, mainly played on the A string before moving to the E Pentatonic scale in the 12th position. About half way through the Solo, he moves back to E Mixolydian in the 7th position for the rest of the Solo. (Fig 38)

For the second Guitar Solo during Luke’s Wall, Toni Iommi pretty much sticks to the E Aeolian scale, first playing in the 4th position, before moving to the 7th, and then back to the 4th. (Fig 39)