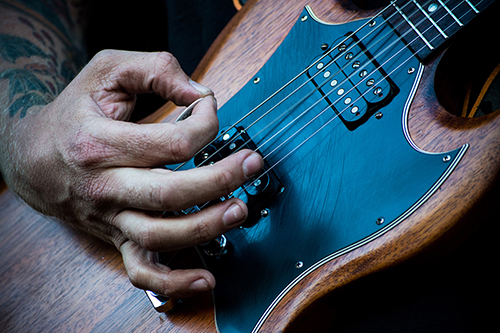 If you want to learn how to play Black Magic Woman, one of Santana’s most popular songs, this is a great place to get started.

Originally written by Peter Green in 1968 for Fleetwood Mac, his band at the time, Black Magic Woman, was first performed by Carlos Santana in 1970, for the record Abraxas. The Santana version also blends in a song from 1966 called Gypsy Queen, by Gabor Szabo, which adds much of the polyphony rhythm. Black Magic Woman has always been one of Santana’s most popular songs.

This song is in the key of D Minor Dorian which is a mode of the C Major scale. The D Minor Blues scale can be created from the Dorian scale and that is what Santana uses to get most of his notes.

The song begins with Gypsy Queen for the intro and we are going to divide the intro into two parts.

The first part is 12 bars and starts with the keyboard playing a flute-like melody (not tabbed) over a D Minor chord for almost two bars before the Bass Guitar enters. The Guitar starts at the end of bar four with a melody. The melody continues over the D Minor chord until the end of the 12th bar. (Fig 1 and Fig 2) 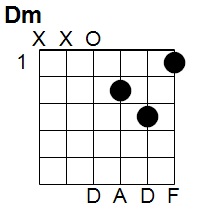 The second part of the Intro is nine bars long and it consists of the Guitar melody played over a single four bar section that repeats, followed by one bar of rest. The Rhythm Guitar alternates between the D Minor and G Minor chords in this section and the bass line modulates as well. (Fig 4 and Fig 5)

Here’s another look at those chords. (Fig 6)

Here’s another look at those chords in order of appearance. (Fig 10)

As you can see, it is just three Minor chords, but you can (and you know Santana does) use some chord substitutions.

For instance, try replacing some or all of the D Minor chords with one of these chords. (Fig 11)

Try replacing some A Minor chords with these versions. (fig 12)

Try replacing some G Minor chords with these versions. (Fig 13)

These are all simple and pretty standard substitutions and just different ways to play the same chord, but there are other variations that you can use if you do a little research.
Pre – Verse Bridge

After the first verse, the song goes into an eight-bar section that I will call the Pre – Verse Bridge. For this section of music, we stick to the D Minor chord from the verse for the entire eight bars, while the Keyboard plays a Solo (Fig 14 and Fig 15).

The bulk of the song (three Verses and a double Guitar Solo) is now played over a chord progression very similar to Verse 1, minus one bar of D Major chord at the end. (Fig 17 and Fig 18 ) 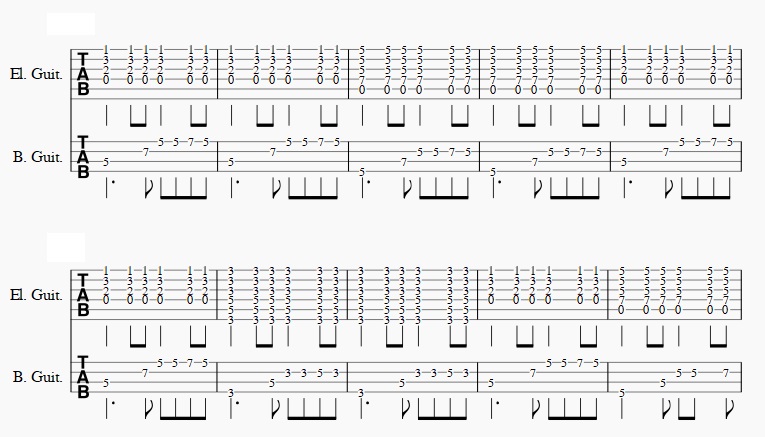 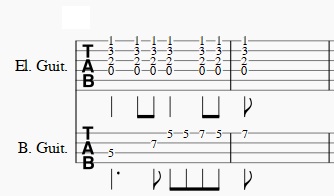 After the 3rd Verse, the song goes into what I call a Pre – Outro Bridge and it is a 13 bar section that returns to the song Gypsy Queen. The first eight bars is a return to Pt. 1 of the Intro and the music is the same. The next five bars start with one bar of a Bass run, followed by two bars of sextuplets, followed by two bars holding a D Minor chord while the Tempo increases from 120 bpm to 144 bpm (beats per minute). Here’s what it looks like. (Fig 19)

For the first 30 bars, the guitar solo is played over this bass line. (Fig 20)

After the 30 bars the Guitar begins to lead us out of the song for the last 19 or so bars. 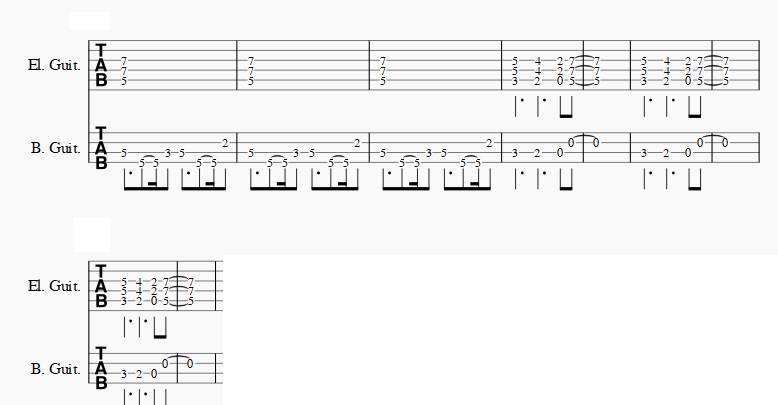 Here’s another look at those chords. (Fig 22)

Those nine bars are followed by eight bars where the Guitar plays the bass line that was played under the Solo along with the Bass Guitar. (Fig 23) 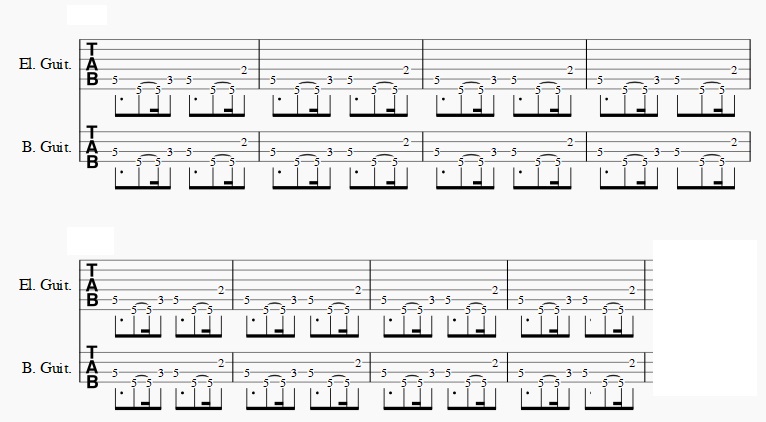 The last four bars of the song are a descending chord pattern that fades out on the last chord and ends the song. (Fig 24)

For the Solos in Black Magic Woman, Santana pretty much sticks to the D Minor Blues scale in the 10th position, borrowing fairly liberally from the D Dorian (also in the 10th position) when he needs the extra tones. We will bring you the solos in a future article. (Fig 25)

Once you have all of these parts down, you can play the whole song, minus the solo.