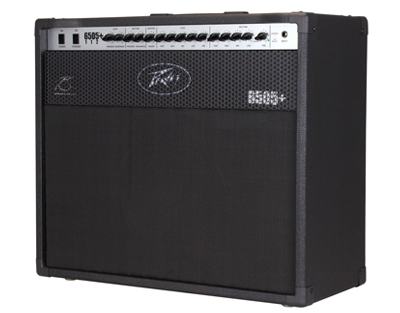 The Peavey 6505 Plus 112 combo has two channels, Lead and Rhythm, and each has its own presence and resonance controls, to include EQ and Gain.

This amp has two channels: Lead and Rhythm. Each channel has its own presence and resonance controls. Each has its own three-band EQ and pre and post gain. The rhythm channel has an additional “Crunch Boost” switch. With the optional footswitch, you can select between the rhythm and the lead channels and also toggle the “Crunch Boost” on and off. Both channels share a genuine three-spring Accutronix reverb for an authentic vintage sound.

This amp also features the Peavey MSDI microphone-simulated direct interface for sending the signal directly from the amp to the mixing board. There is also an effects loop for extra control, and an external speaker jack. The weight of this combo amp is about 61 pounds, so it’s somewhat heavy, but still fairly easy to move around.